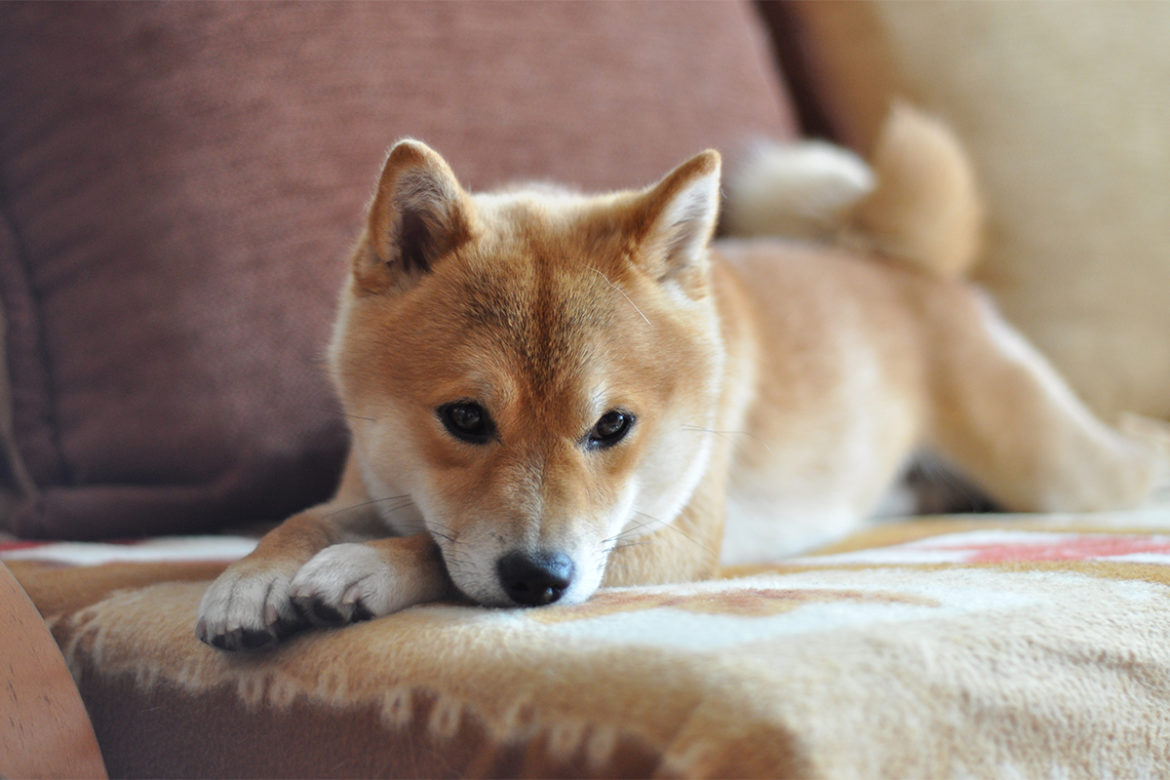 Perhaps you’ve seen the famous “Doge Meme” and thought you might like a playful Shiba Inu of your own. With their fox-like appearance, compact size, and spirited personality, this Japanese breed can be hard to resist. But how much do you know about the Shiba Inu? And do you truly think they could be the right dog for you? Check out these six facts about the Shiba Inu that any potential owner or fan of the breed should know!

1. Shiba Inus are the Number One Most Popular Dog in Japan

As a distinctly Japanese breed, the Shiba Inu has been popular in Japan for thousands of years. Shibas are just 1 out of 9 “monument breeds” to Japan, and are in fact the oldest of the Japanese breeds. But today, even after increasing popularity in the United States, it remains the number one companion dog in Japan. This is partly because they make excellent watchdogs, according to the AKC. In fact, they are so important to the Japanese, that in 1936 the Shiba Inu was named a “precious natural product” through the Cultural Properties Act. This helped the Shiba Inu to gain official recognition throughout the world.

The Shiba Inu’s name, though certainly Japanese in origin, is something of a mystery. There is no certain answer as to where the name came from exactly. Some believe it received its name because of its skills in navigating through the brushwood. Other stories suggest that the name is meant to suggest its size – since another meaning for the Japanese word “Shiba” is “small.” Regardless, no true evidence has been found as to why the Shiba Inu carries its name to this day.

Though their popularity spans across centuries in Japan, the Shiba Inu nearly went extinct during World War II. Many dogs perished during bombing raids in that period. Those that did not die during the raids often took sick and died from distemper after the war was over. The National Shiba Club of America states that it was nearly a disaster for the breed. Had it not been for a few devoted breeders, we may never have known the modern day Shiba Inu.After the war, breeding programs were established to boost the Shiba Inu population. Shibas from remote areas in Japan were brought to these programs to begin the breeding process. Three distinct bloodlines remained that were being used to re-establish the breed. These were the San In Shiba, the Mino Shiba, and the Shin Shu Shiba. The AKC says that it is from these three distinct bloodlines that we get the Shiba Inu of today.

3. They are Not Good at Sharing

Shiba Inu owners will warn you that this dog breed is not for everyone, and their inability to share is one of the reasons why. In fact, the National Shiba Club of America says that “if a Shiba could only utter one word, it would probably be ‘mine.’” The food nearest to a Shiba Inu? It all belongs to them. The dog toys you brought with you to the park? Sharing with other dogs will not be tolerated. And a Shiba Inu’s owner? Well, the dog will often get possessive of their owner as well. Sometimes a Shiba Inu can become aggressive if the behavior is left unchecked. It is important for the Shiba Inu to have a well-established training and socialization foundation so these behaviors can be minimized and controlled. When in the presence of other dogs, it’s wise to remove the Shiba’s favorite toys. Shiba Inus might exhibit resource guarding behavior which can lead to aggressive interactions. And this “mine” attitude applies to everything in a Shiba Inu owner’s house as well! The bed, the couch, the shoes, the food, and anything the Shiba Inu get it’s mouth on could be in danger. Crate training is strongly encouraged.

4. Though They are Small, They are Feisty

The Shiba Inu should remain relatively small throughout its life. The average male Shiba should weigh 23 pounds, and the average female should weigh 17 pounds. Though many small breeds of dog don’t need extensive exercise, the Shiba Inu is not one of them. Size does not stop the fire in this active dog’s spirit.The National Shiba Club of America suggests that any traditional walking routine is best for the Shiba Inu. Shiba’s were traditionally bred to be hunting dogs, and will love exploring any neighborhood, big or small, with their owner. For this same reason, a Shiba should never be off leash unless they are in a fenced in area. If a future Shiba owner wishes to let their new dog run free in the yard, fencing is a must.The Midwest Shiba Inu Rescue also warns that Shibas will go wherever their nose leads them, sometimes regardless of training. Though a solid training foundation is important for a Shiba, they still may not always listen. This feisty behavior can be quite frustrating, but the true Shiba Inu fan finds it charming and embraces the quirks as part of a lifestyle.

One reason many future dog owners become interested in the Shiba Inu is their cat-like nature. The Shiba is a very clean breed and they can often be found cleaning themselves and each other, similar to a cat. Their cleanliness even extends to their bathroom habits. Shiba Inus tend to be very easy to house train, often becoming house broken in as little as a few days. They even have very little doggie odor, which could be appealing for those who like to keep a fresh and clean household.Shibas are also very agile, similar to a feline. While most dogs seem to find themselves in all kinds of silly mishaps, the Shiba is more coordinated giving it a natural resistance to injury. Shibas also have a tendency to perch, similar to the way a cat might. Due to their hunting instinct, it is not uncommon to find a Shiba sitting atop the back of a couch or perched on top of a table, scouting for prey.

6. The Famous “Menswear Dog” is a Shiba Inu

“Menswear Dog” is a famous canine that models menswear clothing – human clothing that is! And the breed of Menswear Dog is none other than the Shiba Inu.Bodhi is a five-year-old Shiba Inu earning a living as a menswear model. And a hefty living it is! According to Fast Company, Bodhi earns $15,000 a month through various modeling jobs. Those jobs include photo shoots for Coach, Victorinox Swiss Army, Ted Baker, American Apparel, Brooks Brothers, Salvatore Ferragamo, ASOS, Hudson Shoes, Revlon, Todd Snyder, The Tie Bar, Polyvore, and Purina to name a few!It’s clear that Bodhi has a natural talent for the modeling industry. In addition to having an adorable face, he is wonderfully capable of sitting still – even with many layers of clothes on. Such talent!

Thinking About Getting A Shiba Inu?

If you are thinking about getting a Shiba Inu, make sure to check out our comprehensive breed guide!

Are there any Shiba Inus in your life? Have any fun stories about their fun and willful personality? Let us know!