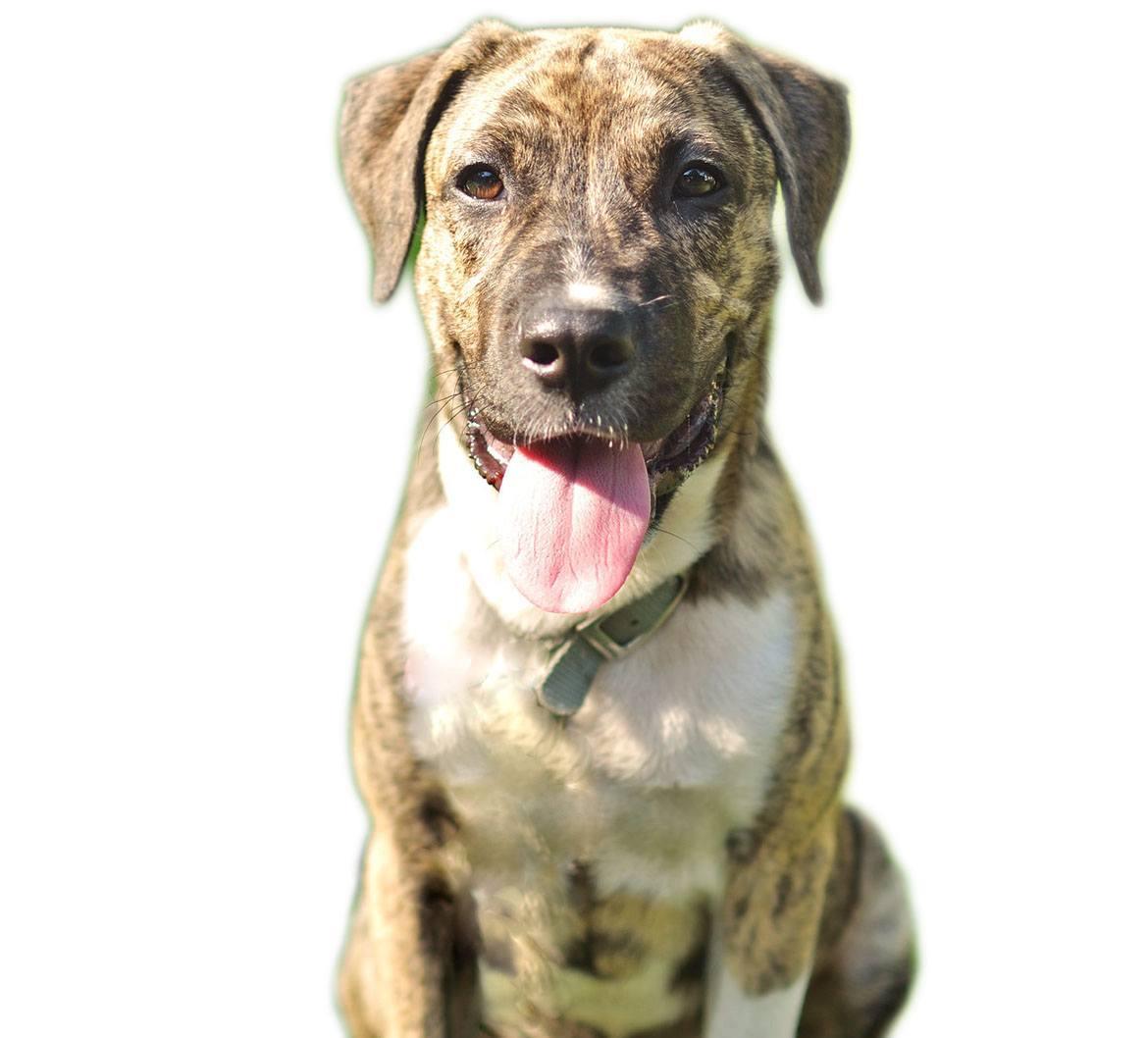 Average Life Span: 10-14 years
The Labrabull is a cross between the Labrador Retriever and the American Pit Bull Terrier. Like all hybrid breeds, the Labrabull tends to be less prone to hereditary health conditions than his purebred counterparts. However, there is a possibility he may still inherit any health issues that are common to either parent breed.

Joint dysplasia may impact the Labrabull, and this occurs when malformed joints lead to problems such as discomfort, pain, and limping. In more severe cases, arthritis or even lameness can result, often necessitating surgery. Dogs with hip dysplasia in particular should not breed, so ensure that your prospective puppy’s parents have no history of the condition. Although it is hereditary, hip dysplasia can also be triggered by rapid weight gain or injury.

Hypothyroidism, a condition in which the thyroid gland does not produce sufficient amounts of hormone, is a possibility for the Labrabull. This condition can lead to issues such as lethargy, hair loss, obesity, and infertility. Fortunately, hypothyroidism is treatable, but the affected dog will be required to take daily medication for the remainder of his lifetime.

A potentially fatal condition called bloat can be a concern for the Labrabull. Bloat is when the stomach becomes overly full of gas, fluid, or food, expanding dangerously and putting increased pressure on surrounding organs. In some cases, the stomach twists in what is called gastric torsion, trapping blood in the stomach and preventing it from flowing to the heart and other crucial areas. If left untreated, bloat can be fatal in a matter of hours, so take your Labrabull to the veterinarian immediately if you notice symptoms such as pale gums, failed attempts to vomit, excessive drooling, or a swollen stomach. Your veterinarian will likely remove excess air with a stomach tube or hollow needle, and your dog’s stomach may need to be surgically relocated if it has twisted.

Other health problems for the Labrabull can include eye issues, ear infections, and allergies. He may also be prone to obesity.

The average life expectancy for the Labrabull is 10-14 years.

Although the temperament of any hybrid dog may vary, the average Labrabull is athletic, powerful, and versatile. He is a multi-talented dog who can excel at herding, weight pulling, agility, and guarding. He is also an affectionate and loyal family companion.

The Labrabull is a relatively energetic dog who is not recommended for apartment living. Access to a large, securely fenced yard is ideal, but the Labrabull will also require long walks, jogs, or games such as catch. Although he enjoys being outdoors, the Labrabull should live inside with his family. He is a sweet dog who can be relaxed and cuddly with his people, and he can suffer from separation anxiety if forced to spend too much time in solitude. He enjoys chewing, so provide him with plenty of chew toys as alternatives to chewing up household objects.

Socialization is key to ensuring that the Labrabull behaves appropriately in a variety of social situations. Expose him early and often to many people, places, pets, sights, and sounds to help him learn adequate social skills. The Labrabull can be good with children, making a playful, affectionate, and protective companion. He may be dog aggressive and is likely to chase smaller animals, although socialization can help curb these behaviors. He is extremely protective and may be suspicious and wary of strangers. He makes an excellent guard dog.

The Labrabull is moderately easy to train. Although he is intelligent and capable, he is a powerful dog who will expect you to demonstrate that you are the dominant leader. Demonstrate firm and consistent enforcement of your rules and expectations at all times. At the same time, do not be overly harsh with the Labrabull. Motivate him with positive reinforcement such as favorite treats (in moderation), extra playtime, and verbal praise when earned. Training this breed is essential to prevent aggressive tendencies.

Trim his nails regularly to prevent overgrowth and cracking, and check his ears weekly for signs of infection such as redness, tenderness, and odor. Because the Labrabull may be prone to ear infections, also ensure that there is not an excessive buildup of wax, dirt, and debris. It is a good idea to clean his ears with a veterinarian recommended cleanser. Brush his teeth at least 2-3 times weekly to prevent bad breath and maintain overall good health.

The average Labrabull should eat 3-4 cups of high-quality dry dog food daily. He is prone to obesity, so ensure that you are not overfeeding him. Remember that the ideal type and amount of food for your individual dog will depend on factors such as metabolism, weight, activity level, and age.

Take precautions against bloat by ensuring that your Labrabull does not eat too rapidly. Also prevent him from drinking excessive amounts of water right before or right after eating, and enforce a one hour waiting period between eating and exercise. Do not allow him to eat from a raised bowl unless your veterinarian specifies otherwise.

Looking for a Labrabull?

The average cost for a Labrabull is $200-$400. You have to remember to also account for supplies, food, vet check-ups, and toys.

If you decide to adopt a Labrabull, expect adoption fees to cost up to $175, depending on your location

Ranking takes into account a few basic factors including cost, skill level needed, high vs low maintenance and how critical regular training is to success. The Labrabull ranks a 3. He can be a wonderfully loving and loyal family companion, but he needs early, extensive socialization and training. He also has fairly high maintenance grooming needs and requires regular exercise, as well as lots of love and attention. The Labrabull is only for an owner who is willing to commit to spending the time and energy that this breed requires.