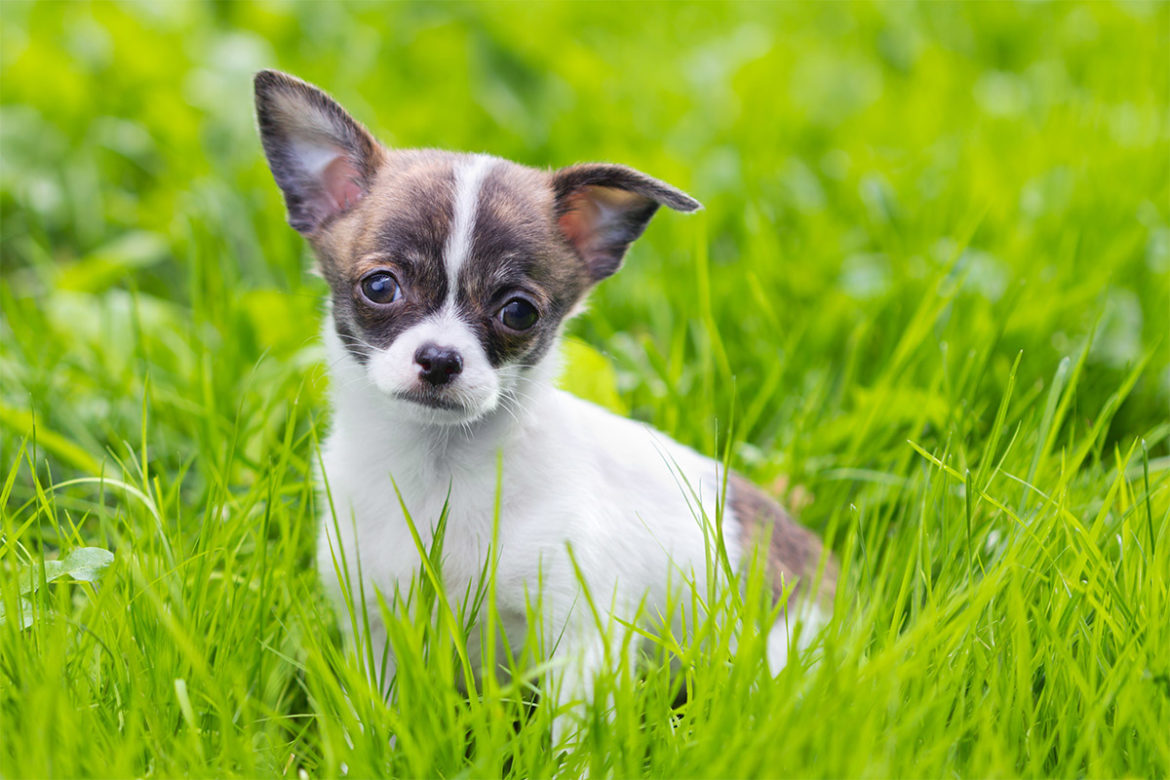 The Chihuahua is officially the smallest dog breed on earth. But that doesn’t mean these little cuties don’t pack a punch! Chihuahua lovers everywhere know that these pint-sized dogs are full of personality and fun. Check out these six facts about the tiniest dog breed on the planet.

1. The Chihuahua May Have Origins in Asia

Everyone thinks of the Chihuahua as a Mexican dog. But what if we could trace their history back to Asia? The British Chihuahua Club states that some authorities believe the breed’s origins can be traced back to China. One major reason to believe that Chihuahua’s may originate in Asia is the ancient Chinese practice of breeding dogs to a miniature size. And while there is much evidence tracing early versions of the Chihuahua back to the Aztecs, some believe the modern version is a result of crossbreeding these ancient Aztec dogs with Asian, hairless dogs. The AKC states these hairless dogs were the Chinese crested breed. This breed crossed the land bridge between modern-day Russia and Alaska to reach the North American continent, resulting in the cross-breed we now know as the Chihuahua.

Despite these theories however, most evidence points to the Chihuahua’s major ancestor being the Techichi, a breed the Aztec’s used for religious purposes. Pictures resembling the Chihuahua can be seen in ancient Mexican artwork.

2. They Are Far From Helpless

It’s easy to assume such a small dog needs plenty of protection. Think again! Though they may be physically fragile, their temperament will tell you otherwise. The AKC lists “terrier-like qualities” as part of the Chihuahua’s breed standard. This makes the Chihuahua more fearless than perhaps they should be. A Chihuahua will bark at most anything, forgetting both their size and their manners. Because of this, it’s important to remember not to spoil a Chihuahua, but to remain firm in their training.

A common thing for Chihuahua owners to do is to soothe and comfort the little dog when he or she is barking at something. The Chihuahua Club of America cautions that doing so will only reinforce bad behavior. If a Chihuahua barks and gets upset, then hears a soothing and positive voice, they will associate the positive voice with the bad behavior and continue it. Don’t let their cuteness fool you! A solid training foundation is important, no matter the size.

As such, positive training is your best bet. When a Chihuahua exhibits desired behavior, lots of praise should be given. Many Chihuahuas are alert, intelligent, and eager to learn. Training should be a fun, and relatively painless process.

However, their small size can mean an owner needs to step in to protect the Chihuahua. When faced with a larger dog who is misbehaving, this is an appropriate time to scoop up a Chihuahua and not rely on training alone.

3. There Are a Few Different Type

Most people think of a Chihuahua as one thing: tiny. But there are a few different varieties of Chihuahua that all fall within the breed standard. One of the more obvious differences within the breed is the long-haired and the short-haired Chihuahuas. The AKC refers to these types as “long coat” and “smooth coat.” A long-coated Chihuahua should have thick fur to qualify for a dog show. The Chihuahua Club of America states that a coat that is too thin will result in disqualification. A smooth coat should be soft and glossy, and of course, shorter!

The other variation found in Chihuahuas is the head shapes. Some Chihuahuas have a rounded head or apple-shaped dome. Other Chihuahuas have a flatter head and are called deer-head Chihuahuas because of the sleek nature of their appearance – resembling a deer. When showing Chihuahuas, the rounded, apple-shaped head is preferred, according to the CCA. But as far as we’re concerned, both are adorable!

The Hero Dog Awards, sponsored by the American Humane Association, are “an annual, nationwide competition that searches out and recognizes America’s Hero Dogs – often ordinary dogs who do extraordinary things.” In 2015 that hero was a rescued Chihuahua named Harley. According to Today, Harley lived out most of his life in a puppy mill, spending ten years in a small cage before he was rescued. His time in the puppy mill left Harley with a broken tail, gnarled toes, infected teeth, heart disease, and a missing eye that had likely been lost when his cage was power-washed – with Harley still inside.

Sadly, Harley passed away on March 20th. But although he was small, he left the world with a big legacy.

5. They Have Holes in Their Head

It’s true. Unique to Chihuahua’s, this breed is often born with something called “molera” – a soft spot on their head, similar to that of a newborn baby. Molera can be felt on a Chihuahua by gently petting the top of its head in search of the soft spot where the skull parts slightly. Modern Dog Magazine states that the Molera is used to trace the ancestral origins of the Chihuahua.

The CCA assures that molera is a normal occurrence in Chihuahuas and is not a cause for alarm. Though there is some concern that the presence of molera means the Chihuahua is predisposed to other health issues, these statements are not true. Chihuahuas can live out a normal life with the presence of molera. If and when it occurs, it will be found on the top of the head, in varying shapes and sizes.

6. They are Excellent City Dogs

Compact and lightweight, Chihuahuas are the perfect dog for the city-dweller on the go. Modern Dog Magazine calls them a “solidly built dog” which is perfect for the tough nature of a city. Because of their size and temperament, they do very well in apartments. Chihuahuas don’t need much space to live comfortably, and would much prefer to be on their owner’s lap than running through the woods. However, coyotes can be a common predator to dogs in the city, and Chihuahua owners should be especially wary. These little dogs can be feisty and may try to pick a fight! Always be vigilant of your dog’s safety.

Besides being perfectly compact, the Chihuahua loves to dress up. More accurately, the Chihuahua needs to dress up! These little dogs are sensitive to the elements and will require a jacket in rainy and cold weather. This can be a lot of fun for the fashion-forward, city dweller and their Chihuahua.

Tell us about your Chihuahua! Do you dress them up? Are they long-haired or short-haired? We’d love to hear from you!

[…] all other dogs, your Chihuahua will be pregnant between 58 and 68 days, with an average pregnancy lasting for 63 […]