Amazing How They Kept This Dog Calm During Fireworks

The Fourth of July may be a fun time for humans, but it isn’t always a fun time for dogs. Many dogs and other pets get quite frightened by the sound of fireworks going off, even from a distance. Owners try many different methods to keep their dogs relaxed. Often people will turn to medications to ease their dog’s anxiety during the festivities.

But one family took a different approach to calming their dog: watching movies. Joey is a six-year-old golden retriever who has a fear of fireworks just like many other dogs, reports Time magazine. This year, his California family came up with a creative way to keep Joey calm and happy while loud fireworks were being set off in the area. In a video posted to Twitter by his owner Emily Kuang, Joey can be seen lying in bed watching videos on an iPad. The calm-looking golden is wearing noise-canceling headphones and watching his favorite thing: animal videos.

“He enjoys seeing animals on the TV and will watch and bark at Animal Planet, so he’s usually not as calm as he is in the video!” Kuang told Metro UK. In this particular instance, Joey was watching a Chinese dog video Kuang’s mother put on for him. The noise-cancelling headphones blocked the sound of the fireworks, and the familiar videos gave him something to focus on.

Little did Joey know, the 3-second clip of him enjoying his animal videos would go viral. The video that Kuang originally posted has now gotten 200 thousand likes and 120 thousand retweets. Many who retweeted the video stated it brought them to tears.

This emotional response from dog lovers everywhere is likely brought on by the concern many feel for the well-being of dogs during Fourth of July celebrations.

“Shelter numbers increase for cats and dogs during summer months in general,” Emily Weiss, vice president of research and development at the American Society for the Prevention of Cruelty to Animals, told TODAY. “Owners find pets get lost in ways they don’t expect them to, but ‘stuff happens’ at any time, so plan for it.”

It’s important for dog owners to look to examples like the Kuang family and their dog Joey during fireworks displays. The Kuangs were able to find a creative solution to handling Joey’s fears – a solution that was unique to their dog and his personal preferences. Other tips to combat a dog’s fear of fireworks include playing music, drawing the curtains, and providing your dog with a distracting toy or treat. The main goal is to keep your dog from focusing on the fireworks, by blocking the noise, blocking the visuals, and giving them something else to focus on.

We hope everyone had a safe and happy Fourth of July this year! How do you keep your dog calm during the fireworks?

Dogs have feelings too!

Pokemon Go and the Unexpected Benefits for Dogs 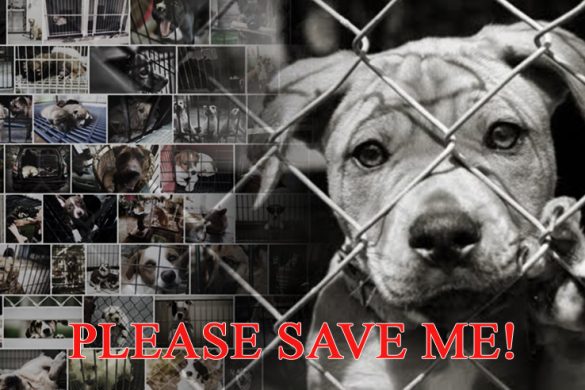 What is a Puppy Mill and Why Are They Bad?

Could This Newly Recognized AKC Breed be the Dog of Your Dreams?

Could There Be Mold in Your Dog Food? Read About This Recall!