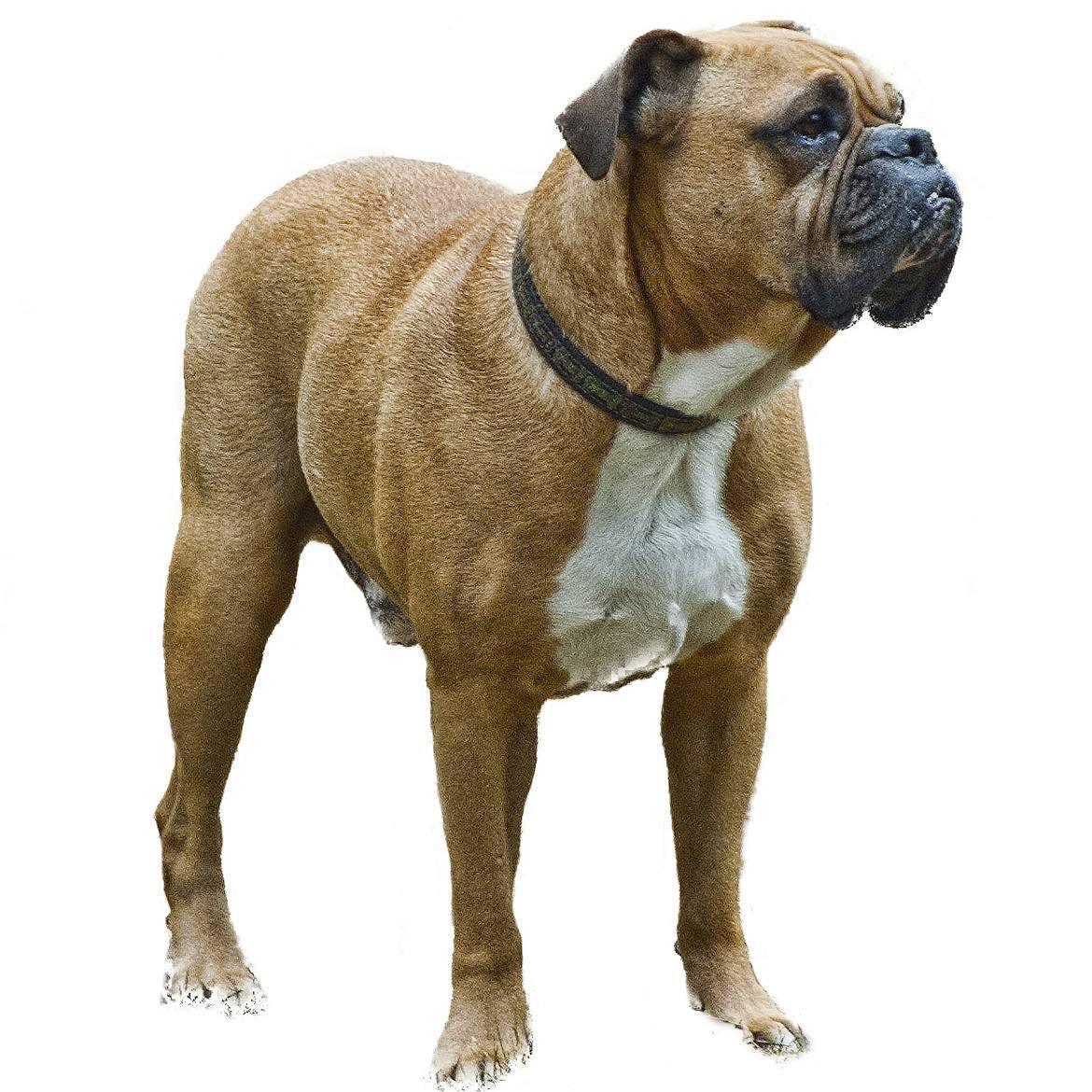 Average Life Span: 9-14 years
The Valley Bulldog is a cross between the Boxer and the English Bulldog. Like all hybrid breeds, he is less prone to hereditary health conditions than his purebred counterparts. However, there is still a possibility that he may inherit health issues common to either parent breed.

Hip dysplasia may impact the Valley Bulldog, and it occurs when a malformed hip joint prevents the thighbone from fitting correctly into place. Discomfort, pain, and limping may result. In more severe cases, the affected dog may experience arthritis or even lameness, sometimes necessitating surgery. Dogs with hip dysplasia should not breed, so ensure that your prospective puppy’s parents have no history of the condition. Although it is hereditary, hip dysplasia can be triggered by rapid weight gain or injury. While your pup’s joints are still developing, monitor his play to ensure that he does not run on slippery floors or jump excessively.

The Valley Bulldog may also experience cherry eye, which refers to a pink mass growing from the affected dog’s third eyelid. Cherry eye can cause swelling and irritation, and it can lead to vision issues if left untreated. Treatment typically involves some form of surgery, in some cases the removal of the third eyelid.

This breed may also be prone to obesity, which can cause additional complications, so be sure that your Valley Bulldog receives sufficient exercise and is not overfed, whether on kibble or table scraps.

The average lifespan for a Valley Bulldog is 9-14 years, which is lower than average for a hybrid breed.

The Valley Bulldog’s temperament may vary, as is true of all mixed breed dogs. However, the average Valley Bulldog is a powerful, athletic dog who is surprisingly gentle, affectionate, and playful. Despite his gentle nature, he can be fearlessly protective of his family. Bred as a working farm dog and cattle guardian, the Valley Bulldog is independent and hard-working. He is also known for his goofy sense of humor.

The Valley Bulldog can live in an apartment if he is adequately exercised. He needs a few long, brisk walks daily and should also receive opportunities to run freely and play favorite games such as catch. He may enjoy jogging as well. The Valley Bulldog should live indoors with his family and should receive plenty of love and attention. He can become depressed without sufficient attention and companionship. He is typically calm indoors and tends only to bark when he feels it is necessary, although some may occasionally run throughout the house during spontaneous bursts of energy.

The Valley Bulldog absolutely loves people and is especially joyful when playing with children. In general, he is a very playful dog and seems to form a special bond with the children in his life. He can also get along well with other dogs and pets if he is properly socialized. It is important to expose your Valley Bulldog early and often to a wide variety of people, places, and especially other pets to ensure appropriate behavior. The Valley Bulldog can be polite with strangers, but he is also ferociously protective of his family and can make a good guard dog. The Valley Bulldog does snore and drool moderately, so be prepared to spend some time wiping his face throughout the day.

Due to his intelligence and eagerness to please, the Valley Bulldog tends to be highly trainable. He can have an independent, stubborn streak if you are not a firm, consistent leader. Do not use harsh tactics with the Valley Bulldog, as he responds best to positive reinforcement. Provide him with favorite treats, extra playtime, and encouraging praise when earned. This breed also tends to be housebroken faster than most.

Trim your dog’s nails when they are long enough to scrape the floor in order to prevent overgrowth and cracking. Check his ears weekly for signs of infection such as redness, tenderness, and odor. Brush his teeth at least 2-3 times weekly to prevent bad breath and maintain good health.

The average Valley Bulldog should consume 3-4 cups of high-quality dry dog food daily, preferably divided into at least two smaller meals. Remember that the ideal type and amount of food for your individual dog will depend on factors such as age, weight, build, metabolism, and activity level. Obesity is a concern for this breed, so monitor his food intake and ensure that you are not overfeeding him.

Your Valley Bulldog should have access to clean, fresh drinking water at all times.

Looking for a Valley Bulldog?

The average cost for a Valley Bulldog is $700-$1,100. Prices vary according to gender, puppy pedigree, and breeder location and reputation.

If you choose to adopt a Valley Bulldog, expect to spend up to $175 in adoption fees, depending on your location.

Ranking takes into account a few basic factors including cost, skill level needed, high vs low maintenance and how critical regular training is to success. The Valley Bulldog ranks a 1. He can make a surprisingly gentle family companion who has a low maintenance coat and, if socialized properly, can coexist peacefully with most people and pets. However, he has a lower than average life expectancy for a hybrid breed, can have territorial or aggressive tendencies, and may occasionally be stubborn and strong-minded. At the same time, he can be a highly trainable, excellent companion for the right owner.