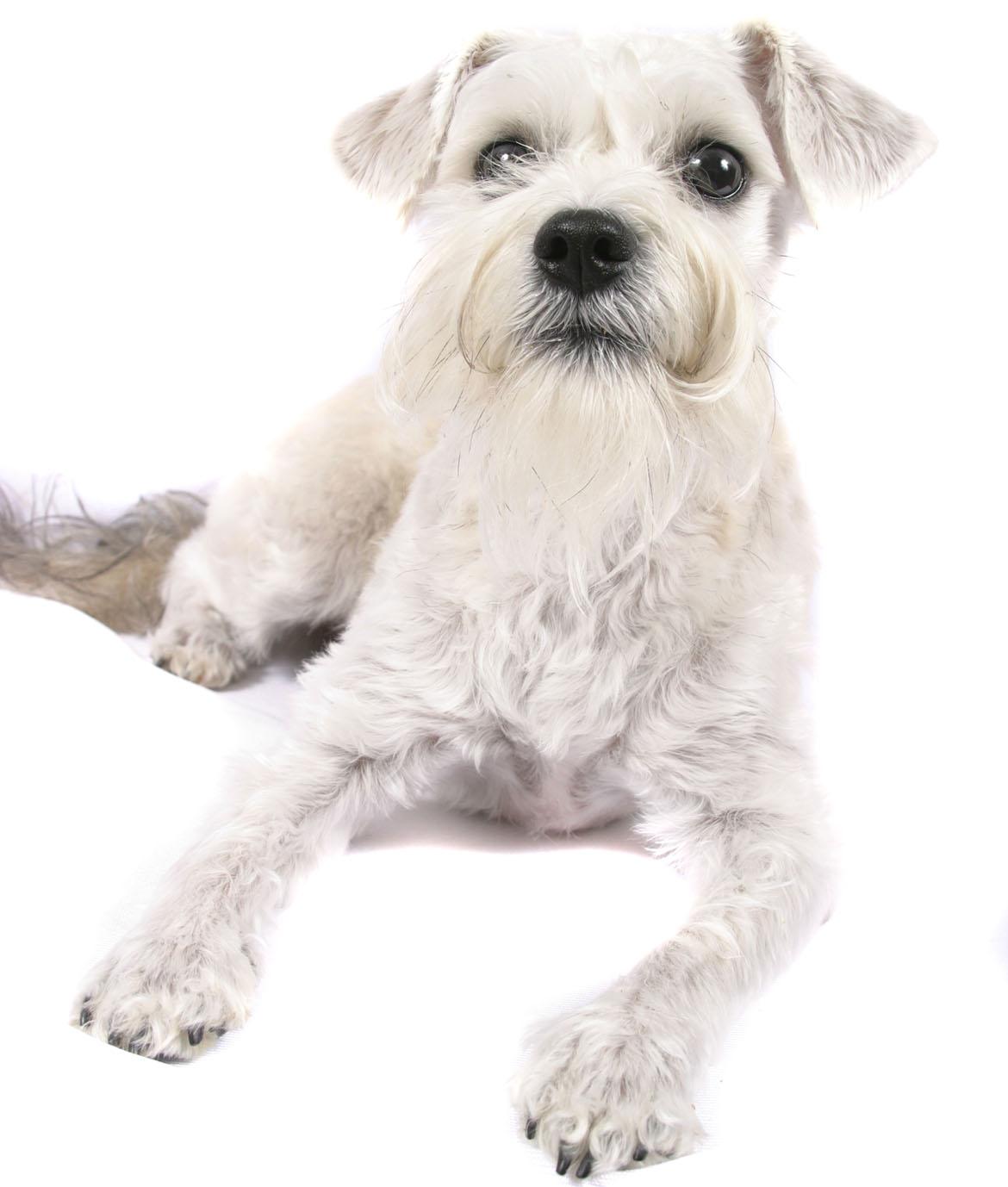 Average Life Span: 10-15 years
Happy and healthy, the Schnoodle is a crossbreed between a Poodle and a Schnauzer. Since there are three different sizes of both parent breeds, the Schnoodle could range from Small, Medium, or Large. Usually, the same health issues are prevalent in all Schnoodle sizes, but there may be a few health concerns that would affect a Schnoodle of a larger size, most commonly joint, hip, and elbow dysplasia. You can attempt to gauge the sorts of health conditions your Schnoodle might face by asking to see the parents when you buy from a breeder.

Like humans, this condition can be either hereditary or brought on by an unhealthy lifestyle. Symptoms include excessive thirst, appetite change, severe weight fluctuations in either direction, excessive urination, fatigue, and weakness. Vet-administered insulin injections are recommended to treat this condition.

This condition occurs when the thyroid hormones are not produced enough, resulting in havoc of the metabolic system and other normal bodily functions. Symptoms include lethargy, exercise intolerance, severe weight gain, excessive hunger and thirst, dullness, recurring ear infections, labored breathing, and a slow heart rate. Hormone supplements are often vet-prescribed to deal with this lifelong condition.

Other health conditions that your Schnoodle could inherit include Von Willebrand’s Disease, cataracts, bloat, patellar luxation, skin allergies, red mange, glaucoma, and Legg-Calve-Perthes. Despite several possible health concerns, the average Schnoodle lives a long and healthy lifespan of 10 to 15 years.

Playful, plucky, and clever, the Schnoodle is a social, active pup with a touch of stubbornness. He loves attention and exercise, so an active, fit-minded family would be perfect for him. He would make the perfect running, jogging, or walking companion and he snuggles just as great on the couch after a big dose of daily, energy-expending exercise.

Schnoodles are great with kids when he is raised with them, but he should be socialized earlier to avoid any snippy attitudes towards younger children. It is also important to teach your youngsters how to properly handle your pup with respect and affection. No roughhousing allowed since the Schnoodle is a dainty, fragile breed.

Schnoodles are shy around other dogs, especially larger ones. You can socialize him to be more accepting and tolerant of bigger pups, but he still might lower his head and tuck his tail between his legs if a larger, unfamiliar dog approaches him. He does better with other dogs, regardless of size, when he is raised with them.

Exercise is definitely a requirement for the Schnoodle who needs daily activity to keep his mind occupied and his body healthy. Indoor toys work wonders for rainy days, but he also needs plenty of time in fresh air outdoors. Take him for at least two 30 to 60 minute walks each day. Or, simply let him romp and play in your fenced-in backyard. He has tons of energy, so a big backyard will give him plenty of room to explore, jump, run, and discover. Keep in mind that the Schnoodle is a high jumper and a very fast runner, so make the fence extra-high or keep him on a “run-style” leash during exercise outdoors.

When training your Schnoodle, bear in mind that these crossbreeds are strong-willed, thanks to their Schnauzer genetics. They are also very intelligent, so it could be difficult to train a Schnoodle in the timeframe that you’ve set. Be firm, patient, and consistent in your training approach. Let him know that you are the determined alpha, but keep your tone friendly, positive, and clear.

Positive behavior towards your Schnoodle will ensure compliance and obedience, whereas, negative behavior, such as physical force or harshness, could be detrimental to the bond between yourself and your Schnoodle. These pups need to know, at all times, that they are able to trust you to take care of their best interests.

Schnoodles have curly, soft coats that are prone to tangles and kinks. To keep your pup free of hair snarls, use a firm-bristled brush 3-4 times per week to unknot their curls. You should also take your Schnoodle to a professional groomer once a month to have their coat trimmed and stripped of excess hair.

Bathe your Schnoodle once a month or whenever he gets smelly – whichever comes first. Use a gentle dog shampoo every single time to avoid stripping his coat of important natural oils. You should also clip his toenails every 6-8 weeks, clean his ears once a week, and brush his teeth twice a week.

Boasting a hearty appetite and a fondness for yummy foods, the Schnoodle needs a meal schedule that he can count on to satisfy both his need for nutrition and his want of delicious kibble. Feed him twice a day with 1 ½ cups of high-quality dog food for each meal.

The kibble should be nutritious and wholesome, packed with protein, complex carbs, good fats, and tons of fiber. Check the ingredients on the label of your choice of dog food. It should have whole grains, vegetables, and lean meats listed at the top. If not, choose another brand and repeat the process.

Looking for a Schnoodle?

Schnoodles are popular crossbreeds because of their sweet nature and overall good health. Schnoodle puppies, when bought from a reputable, reliable breeder, range from $450 to $1,800. This depends on the breeder requirements and expectations, as well as the inclusions, like vaccinations, spay or neuter agreements, and parent breed health histories.

You could also look into adopting a Schnoodle from a local animal shelter or rescue group. Fees vary from county and state, but they are usually around $75 to $250. Plus, you could be offering a new life and a second chance to a beautiful pup in need of a forever home.

Ranking takes into account a few basic factors including cost, skill level needed, high vs low maintenance and how critical regular training is to success. Due to their strong-will and touch of stubbornness, the Schnoodle ranks a 1.5 on the integration scale. Overall, these pups make great family pets, especially for families who are active, fitness-minded, and attentive.