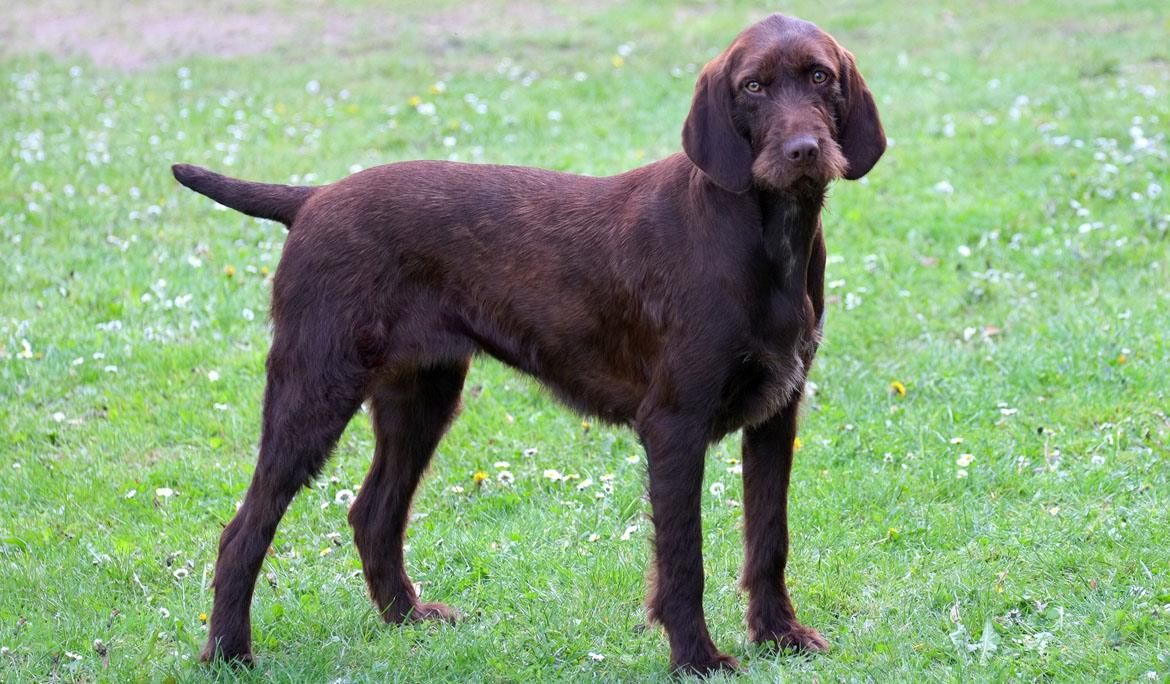 Average Life Span: 11-14 years
Crossed between a German Hunting Poodle, (or Pudel in the German language), and an English Pointer, the Pudelpointer, or Poodlepointer, is a versatile pup with generally good health. They have very few major health issues, but they do have a few minor health problems. If your Pudelpointer has any health problems, you’ll probably see symptoms either at birth, or later in life, around 6-7 years of age.

Seizure Disorders – Epilepsy is the leading seizure disorder in dogs, and there are a variety of causes. Most of the time, vets are working on damage control to make a Pudelpointer more comfortable after seizures have been detected. These disorders can be very scary, especially when you witness a full-blown seizure. Symptoms include foaming at the mouth, locking up of joints, uncontrollable shaking, rolling eyes, and choking. If you witness a seizure, get your Pudelpointer to the vet immediately. Tests will reveal the underlying cause so proper measures can be taken to correct the condition.

Skin Allergies – Mostly minor, these types of allergies are commonly caused by dust, grass, fleas, and mites. In other words, microscopic causes. But the reactions are considerably larger, inclusive of hair loss, lack of appetite, inflamed skin, constant scratching, and grumpiness. If left untreated, an allergic reaction can cause severe ear infections and skin lesions. A vet can prescribe a special, gentle shampoo and antibiotics to combat both the infection and allergy source.

Bone Cancer – Common in larger breeds, the Pudelpointer is prone to bone cancer at a later stage in life. The disease goes unnoticed for quite some time, but some symptoms that might help you recognize the illness includes unexplained weight loss, hair loss, lack of energy, severe limp, runny eyes, joint swelling, small masses, and constant skin inflammation. Unfortunately, there isn’t a cure for bone cancer in dogs. The vet can, however, make sure your Pudelpointer is pain-free and comfortable for the rest of his life.

Despite a few major and minor health issues, the Pudelpointer has an average lifespan between 11 to 14 years. You can keep your dog healthy with routine vet visits, a nutritious diet, and regular exercise.

Pudelpointers are loyal, protective, and alert dogs with true affection and care for their loved ones. He is an intelligent breed, thanks to both his German Hunting Poodle and English Pointer genetics. He is naturally gentle with other dogs and children, but it’s important that your kids know the right ways to handle and treat a dog. If mistreated, the Pudelpointer can hold a grudge, making them less trustworthy around people they’ve deemed unworthy of their attention. Always be kind to your pup.

Pudelpointers, while motivated and attentive, are often awkward because of their gangly limbs and overall size. For instance, he might think he’s still puppy size as an adult. Which means your lap is free terrain for him to plop down his large bottom on. When excited, the Pudelpointer naturally jumps, but you can train him to sit and wag his tail instead. This type of training is important to avoid unnecessary accidents. For instance, he may get too excited and leap without being aware of his surroundings, possibly knocking over valuables in your home or children around him.

When trained, Pudelpointers are self-controlled, even-tempered, and eerily calm. They have an almost military stillness to them that makes them great watchdogs and guard dogs, especially at night. To train a Pudelpointer, establish yourself as the alpha in your pack. Use a clear, commanding voice to issue instructions and grab his attention. Reward him with praise, encouragement, and treats when he follows your commands. But avoid hitting or yelling at your Pudelpointer because negativity will only breed negativity and aggression.

Exercise-wise, these crossbreed canines require at least 2 long walks per day to release their energy or even better, take him to the dog park to run and play with other dogs. You can also release him into your fenced-in backyard to sprint, dig, and jump without restraint. When he comes back in, he’ll be calm and ready for a few hours of laying down and chilling out with his family.

Generally, the Pudelpointer has a mash-up of wiry, long hair and coarse, curly fur. It varies in length, but you can always get his coat professionally trimmed if you think it’s too long. These dogs are notable for being good with groomers, so it would be easy to schedule him for a monthly bath, brush, and trim.

Brush his hair daily to eliminate dander and excess hair, as well as remove tangles and prevent mats. Pudelpointers should have their nails trimmed bi-weekly, their teeth brushed 3 times a week, and their ears cleaned once a week.

Energetic and large, the Pudelpointer has a voracious appetite. Load him up with plenty of good, nutritious protein and fiber to keep him satisfied and healthy. Feed your pup twice a day, 1 ½ to 2 cups of food each time. Fortunately, these dogs have high metabolisms, so they aren’t prone to weight gain or overeating. However, to be on the safe side, keep healthy treats and nutritious dry kibble on hand for rewards and meals.

Looking for a Pudelpointer?

Since Pudelpointers are often used for hunting and other physical outdoor activities, the puppies go for between $600 to $800 from a reputable breeder. If you opt for giving an adult Pudelpointer a home, a breeder might charge you upwards of $400, depending on the dog’s age and gender.

Before you search for a breeder, think about adopting. Check your local shelter for a Pudelpointer in need of a good home. The adoption fees run anywhere from $200 to $300, but that usually includes a health check-up and up-to-date vaccinations.

Ranking takes into account a few basic factors including cost, skill level needed, high vs low maintenance and how critical regular training is to success. On the ranking scale, the Pudelpointer is a solid 2. These crossbreed canines are generally healthy, sweet, and easily trained. Their awkwardness and overall size could make them a handful to have in an apartment or small home, but you could make it work with plenty of outdoor time. Therefore, they would make good family pets and best friends, especially for outdoorsman.