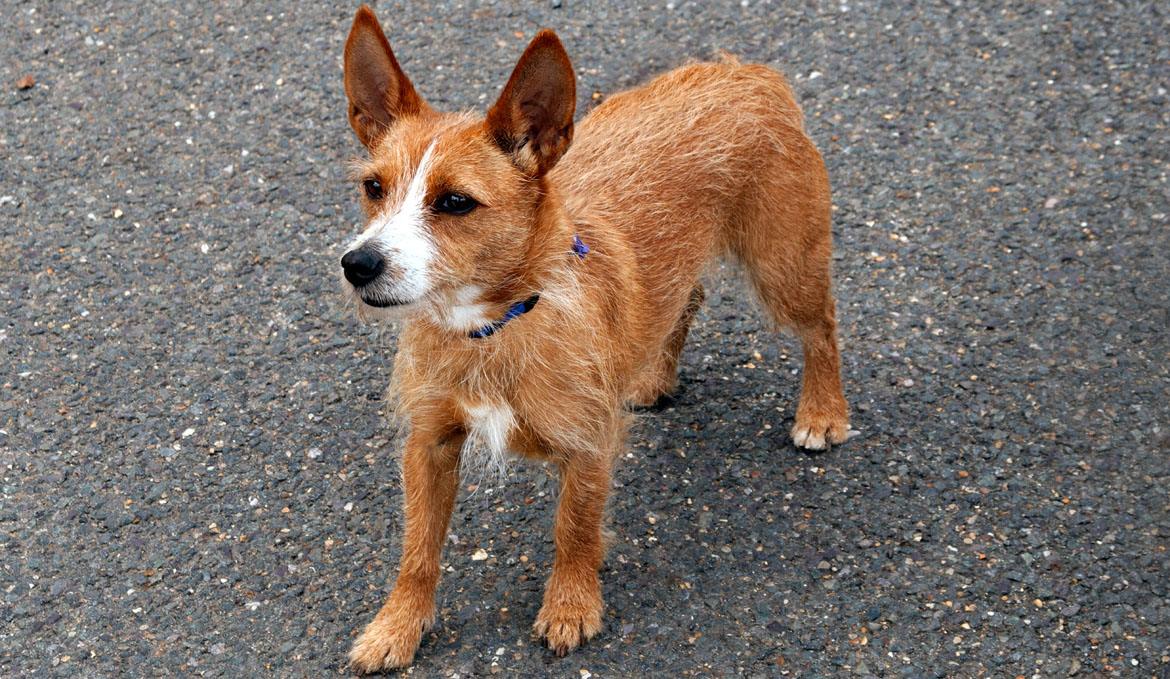 Average Life Span: 10-13 years
Also known as PPP pups, the Portuguese Podengo Pequeno is an overall healthy breed. But, like any canine, these pups can develop a few health issues later in life that could put a damper on their ability to interact and play. For example, these purebreds are apt to develop the health conditions that could plague any breed, such as heart disease, heartworms, and parvo virus. But they also boast a few breed-specific health complications that could hinder their overall quality of life, such as:

This condition is a birth defect that occurs when the hip bone and socket are malformed, causing random dislocation and cartilage deterioration. If left untreated, it could worsen into permanent nerve damage and severe, painful arthritis. Symptoms are subtle, but you might notice an awkward gait or a limp that gets worse over time. Surgery is required to fix this condition permanently.

This condition is minor and painless, but it might look scary, which panics some pet owners. The inner eyelid becomes swollen, popping over the exterior eyelid to create a little bubble of redness. Sometimes the swelling goes down, and this condition heals itself. In more severe cases, surgery is a cosmetic option.

Other health conditions that pet owners should be concerned about are patellar luxation, skin allergies, cataracts, glaucoma, and recurring ear infections. On average, a Portuguese Podengo Pequeno boasts a lifespan between 10 to 13 years.

Portuguese Podengo Pequenos are smart, loveable, and excitable, but their sighthound breeding also makes them alert, instinctive, and somewhat impulsive. These pups used to be bred for tracking and hunting small animals, like rabbits, groundhogs, and squirrels. These purebreds are excellent watchdogs and guard dogs, and their barks are dominating and loud, even at a small stature. There are three sizes of this breed, but Pequenos in Spanish translates (roughly) to “little.” So, the Portuguese Podengo Pequeno is a smaller variation of the standard-sized Portuguese Podengo.

Exercise-wise, the Portuguese Podengo Pequeno is an energetic, bouncy dog that loves to run and play and explore. These dogs, however, are excellent jumpers and diggers, so make sure you have a high and deep fence to prevent dreaded break-outs. With a natural curiosity about the world around them, these purebreds want to explore and learn about all they can. This natural curiosity could lead them to jump over or dig underneath a fence to reach the world on the other side.

Portuguese Podengo Pequenos have an innate obedience that makes them simple to train, most of the time. These pups can have a stubborn streak, especially when they are hot on the trail of their latest prey. But a few simple commands can be taught to make them listen to you, their master and alpha, at all times. Be patient and positive during training sessions, but keep your training methods entertaining and fun. These pups appreciate a challenge, both mentally and physically, so set up obstacle courses, invest in training games, and voice your instructions in a firm, but kind tone.

There are several varieties for the Portuguese Podengo Pequeno when it comes to their coat type. Their coat is single-layered but dense, which needs daily brushing to keep knots, tangles, and excess hairs at bay. Use a medium-bristled brush to pull through their thick fur. These pups are surprisingly clean and odor-free most of the time, so their bath needs are once every 3-6 months. In this case, you could bathe your Portuguese Podengo Pequeno at home, or take him to a professional groomer.

Looking for a Portuguese Podengo Pequeno?

If you happen to locate an adoptable Portuguese Podengo Pequeno, the adoption fees will range from $75 to $250, initially. Most shelters offer vaccination updates, professional health checks, and spay or neuter services, so your adoption fees might climb upwards of $400 to $550. You should also factor in the costs of chew toys, wholesome kibble, regular vet check-ups, and long-term care, regardless of the method you use to adopt or buy a Portuguese Podengo Pequeno.

Ranking takes into account a few basic factors including cost, skill level needed, high vs low maintenance and how critical regular training is to success. The Portuguese Podengo Pequeno is a solid 1 on the integration scale. These pups have a downside of using their chasing instincts at the wrong times, but they can be easily trained to resist those urges. On the more positive side, these purebreds are loveable and friendly, making excellent companions and pets for energetic, affectionate families.