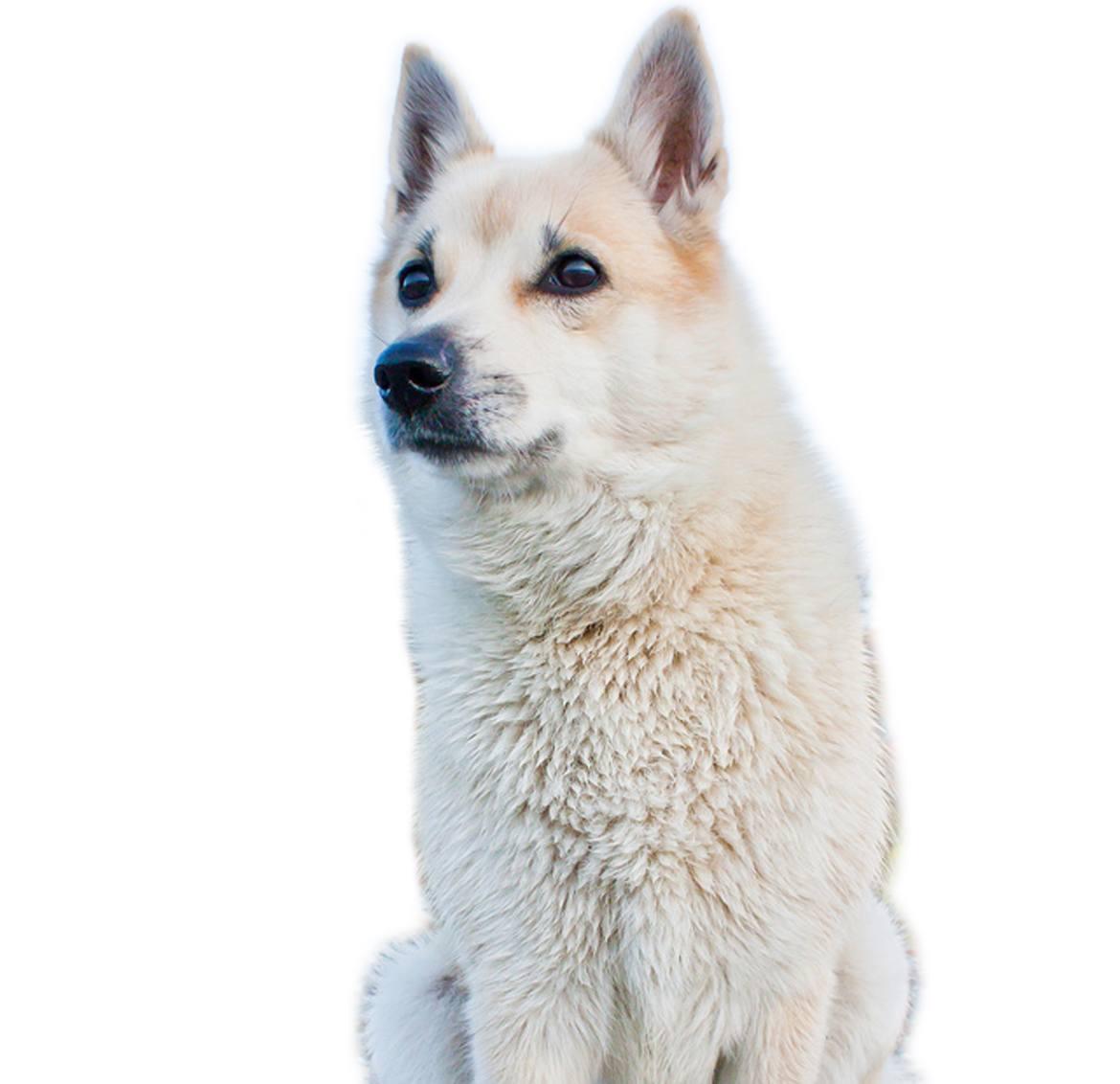 Average Life Span: 12-15 years
The Norwegian Buhund is generally very healthy, and there are only a couple of health problems that some members of this breed have been known to experience.

Hip dysplasia has been recorded in some Norwegian Buhunds. Hip dysplasia is a degenerative joint condition that stems from a malformed hip joint not allowing the thighbone to fit properly into place, potentially causing discomfort, pain, and limping. In more severe cases, arthritis or even lameness can result, sometimes necessitating surgery. Dogs with hip dysplasia should not breed, so ensure that your prospective pup’s parents have no history of the condition. Although it is hereditary, hip dysplasia can also be triggered by rapid weight gain or injury, such as falling on a slippery floor or landing improperly after jumping. While your puppy’s joints are still developing, do not allow him to run on potentially slippery surfaces or jump excessively.

Cataracts may also affect some Norwegian Buhunds. These can develop with age, disease, or from trauma to the eye, but they are most often hereditary. In some cases, cataracts can be present from birth or develop while the dog is still rather young.

The average lifespan for a Norwegian Buhund is 12-15 years.

The Norwegian Buhund originally herded animals and guarded farms in Norway, so he is observant, hard-working, and independent. He is also sweet, cheerful, and very smart, and he is an affectionate family companion.

The Norwegian Buhund can live in an apartment, but he needs at least one or two 20-30 minute walks or play sessions on a daily basis. However, he does have plenty of stamina and can exercise more than that as well. He enjoys walks, hikes, and playing fetch, so he can be a good choice for a fun and active family. He likes being outdoors, so be sure you are not keeping him cooped up inside too often. The intelligent Norwegian Buhund needs mental stimulation in addition to physical exercise, so teach him challenging tricks or allow him to play with puzzle toys. If he is not physically and mentally stimulated, the Norwegian Buhund may bark and chew. He is very family-oriented and wants to be involved in everything, so he should live indoors with his people. He enjoys being the center of attention, but he is independent enough to be left alone while family members go to work and school without developing separation anxiety or behaving destructively, a rare quality in many dogs.

The friendly Norwegian Buhund gets along well with children, cats, and other dogs if raised with them. He may attempt to herd his family, so supervise him around small children. Attitudes toward strangers vary from merely polite to downright friendly. The Norwegian Buhund can be a good watchdog because he is alert and he will bark to warn his family of intruders, but he is too friendly to be utilized as a guard dog. He actually barks a lot in general, and is a vocal and expressive dog who makes quite a few other noises as well. You will want to teach your Norwegian Buhund a “Quiet” command to curb the noisiness issue, especially if you live in an apartment or have nearby neighbors.

The Norwegian Buhund is very trainable because he is extremely intelligent and eager to please. Be consistent and kind when training this breed. Use positive reinforcement such as extra playtime, favorite treats, and verbal praise. Do not be overly forceful, as he may be sensitive to harsh vocal tones. Keep sessions short, upbeat, challenging and varied to prevent this smart dog from becoming bored. The Norwegian Buhund actually enjoys training and having jobs to do, so training him should be an overall pleasant experience for both of you.

The Norwegian Buhund’s thick double coat sheds year round, with heavier sheds once or twice annually. Daily brushing is recommended during shedding season, but weekly brushing is sufficient at other times. He can shed quite a bit, so be prepared to spend some time vacuuming. However, he will rarely require a bath.

Trim his nails when they grow long enough to touch the floor in order to prevent overgrowth and cracking. Check his ears weekly for signs of infection such as redness, tenderness, and odor, as well as for excess buildup of wax, dirt, and debris. Brush his teeth at least 2-3 times weekly for good overall health and prevention of bad breath.

The average Norwegian Buhund should consume 1-2 cups of high quality dry dog food daily, preferably split into at least two smaller meals. The ideal type and amount of food for your individual dog will depend on variables such as metabolism, activity level, age, weight, and build.

Clean, fresh drinking water should be available for your Norwegian Buhund at all times.

Looking for a Norwegian Buhund?

The Norwegian Buhund is a somewhat rare breed who is likely to cost $1,000-$3,000. Prices will vary according to factors such as breeder location, breeder reputation, gender, pedigree, and quality.

If you find a Norwegian Buhund to adopt, expect to pay up to $300 in adoption fees, depending on your location.

Ranking takes into account a few basic factors including cost, skill level needed, high vs low maintenance and how critical regular training is to success. The Norwegian Buhund ranks a 2. He is extremely healthy, has only moderate exercise requirements, and is independent enough to be left alone without becoming lonely or destructive. He can get along well with most people and pets, he is highly trainable, and he does not require excessive grooming maintenance. He does shed and will need to be taught a “Quiet” command to curb potential noisiness, but overall he is an easygoing and low maintenance family companion.