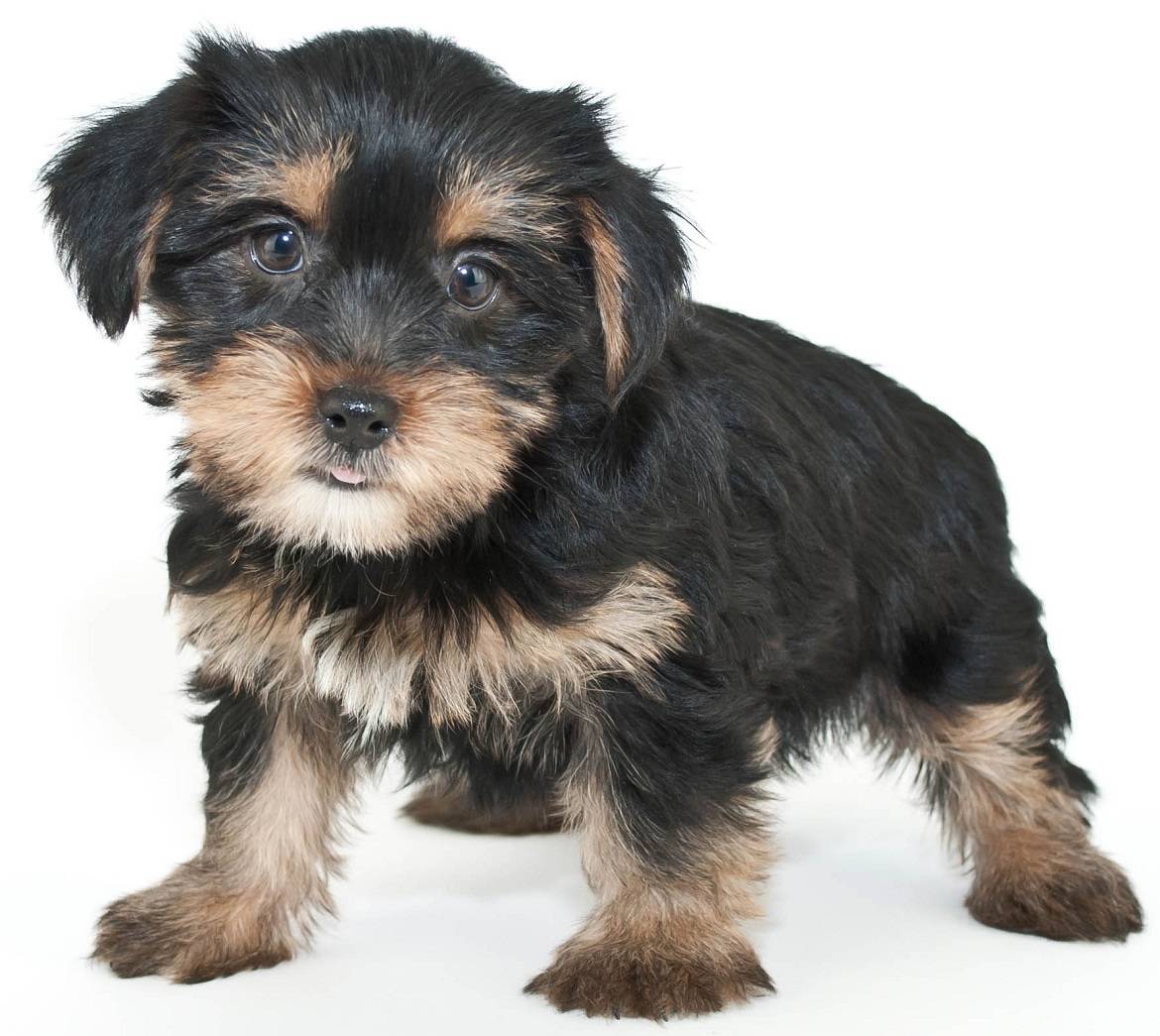 Average Life Span: 10-13 years
The Morkie is considered a toy crossbreed of a Yorkshire Terrier and a Maltese. These pups have a few health concerns, as inherited by their parent breeds. However, many of the health issues are slow to develop in most Morkies. This means your Morkie may live an entirely healthy 2-3 years or longer before any health issue becomes prevalent. Additionally, most health problems are detectable during early, routine examinations, so be sure to take your Morkie to the vet regularly for check-ups.

Beginning around 1-2 years old, this condition results in full-body tremors, or uncontrollable shakes randomly. It is worse when the pup is stressed out or upset, so try to keep a positive environment to avoid an episode. The cause of this condition is unknown, but the resulting treatments of vet-prescribed muscle relaxants and nerve blockers are for a lifetime.

Other health conditions that you should be concerned with for the sake of your Morkie include hypoglycemia, patellar luxation, liver disease, cherry eyes, cataracts, glaucoma, and minor cases of reverse sneezing. The average Morkie will live a long and happy lifespan between 10 to 13 years.

The Morkie is an affectionate, friendly, and very loyal crossbreed with a clingy nature. He needs almost constant love and attention. Or, he at least needs to be in the same room with his loved ones at all times. If he is left to his own devices for long periods of time, this poor pup can develop severe separation anxiety, resulting in destructive behavior and depression. These pups are loving and gentle, but they can be wary and cautious around strangers. It usually takes quite some time for him to warm up to new people, so take introductions slowly.

Morkies are good with older children, but they will not tolerate roughhousing from younger kids. Teach your youngsters how to play respectfully and gently with your Morkie to ensure both your pup and your kids are safe and secure. These crossbreeds bark loudly, and sometimes incessantly when they sense danger, which makes them an effective night-time watchdog. Around other dogs, it is highly suggested that you socialize your Morkie in the puppy stage. As they age, Morkies could become withdrawn and shy away from the playfulness of other pups.

Morkies require moderate exercise in the form of a couple short walks, a romp in a fenced-in backyard, or a trip to the dog park. Mix up his exercise routine to keep him from getting bored,because a bored pup equals a stubborn, destructive pup. Your Morkie will need mental stimulation as much as physical, so invest in a few high-quality toys to keep him occupied indoors. Most Morkies love to chew, so rope toys, or even a hidden reward toy, would be ideal for exercise on rainy days.

On the training scale, the Morkie is average. He isn’t especially easy to train, but you won’t have too many challenges either. He is simply middle-of-the-road when it comes to his training capabilities. Morkies are smart, but their stubborn side keeps them from picking up simple commands too quickly. Be positive, patient, and consistent. He will eventually comply with your commands, especially if he knows there is praise, and perhaps a treat, at the end of his obedience.

The Morkie is a delicate, dainty pup with a few grooming needs that you could either do at home or invest in a professional groomer. His coat is fluffy and probably lengthy, so he needs daily brushing to remove debris and unkink any knots that may have formed when he slept or played. He also needs a regular trim to keep his sometimes unruly hair from becoming less-than-manageable.

Morkies are low shedders, but they may move up to moderate shedders when the weather gets very hot. Bathe your pup every 4-6 weeks with mild dog shampoo. Trim his toenails every 6-8 weeks, but avoid nipping the nerves that travel through each toenail. If you are uncomfortable with clipping his toenails, you can either opt to file them down or take him to a professional groomer.

Keep a close watch on his ears since dirt-prone hair surrounds them. His ears could become infected easily without your notice, so check them once a week. Clean them with a cotton swab and warm water, or vet-recommended cleaning solution, but only on the outer edges of each ear. Never stick anything into his ear canals. You could rupture his eardrums, resulting in severe pain and permanent deafness.

Morkies are small dogs with small appetites. There really isn’t a danger of these pups overeating since their tummies are as delicate as the rest of them. Feed your Morkie twice a day, with ¼ cup of high-quality, dry kibble for each meal. If he still acts hungry after he eats, up his food intake to ½ cup dry, good-quality dog food until he seems satisfied after a meal.

Looking for a Morkie?

Morkies are known for being greyish-white, or even cream-colored, but a pure white Morkie is an in-demand rarity that many pet owners would pay big money for. These kinds of popular crossbreeds cost around $3,500, depending on the inclusions and requirements of the breeder. Or, if you opt for any color of Morkie, you could shell out around $850 to a reputable, reliable breeder.

Ranking takes into account a few basic factors including cost, skill level needed, high vs low maintenance and how critical regular training is to success. The Morkie is an average crossbreed with a sweet side and a stubborn side, so he ranks a 2 on the integration scale. He could be a great, well-rounded family pup, but you have to socialize him early with children and other dogs. Also, remember to keep your cool during training sessions. He will catch on eventually, and you will have yourself a well-behaved, obedient companion.