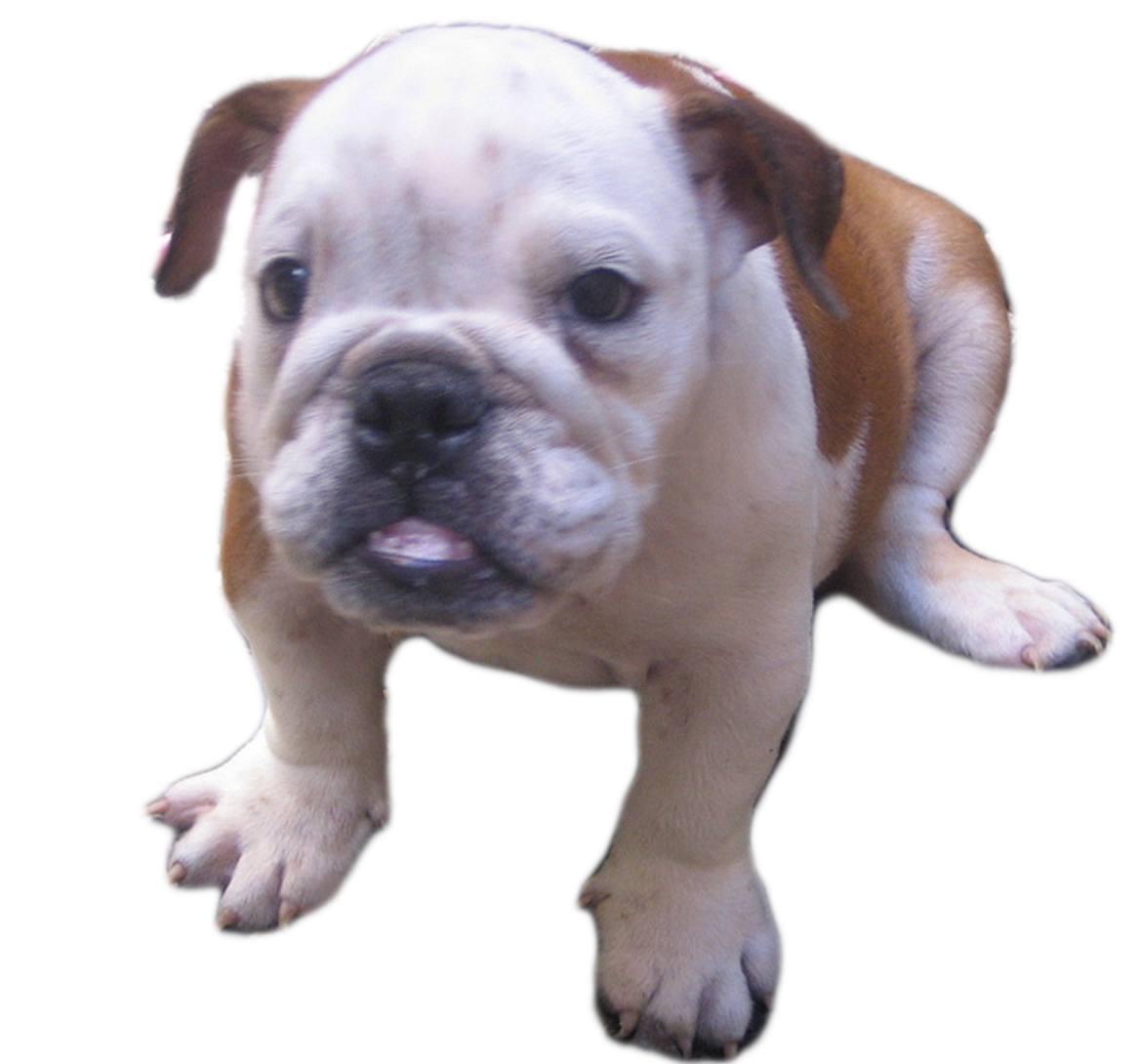 Average Life Span: 9-13 years
The Miniature Bulldog is a hybrid mix of Bulldog and Pug, and it can be prone to health problems that impact either parent breed.

Like the Bulldog, some Miniature Bulldogs may experience cancer and heart problems. Like the Pug, they may be prone to eye issues and breathing difficulties. They may also experience epilepsy in some cases. Both the Bulldog and the Pug are also prone to obesity, so you will need to monitor your Mini Bulldog’s weight to prevent health problems. However, all of these issues occur in very limited amounts in the breed.

Joint problems like Patellar luxation, Legg-Calve-Perthes, and hip dysplasia may also impact the Miniature Bulldog. Patellar luxation is when the knee joint slides easily in and out of place, resulting in pain, limping, and, in more severe cases, arthritis or even lameness. Hip dysplasia can also cause arthritis or lameness, and it occurs when a malformed hip joint prevents the thigh bone from fitting correctly in place. Dogs with hip dysplasia should not be bred, so ensure your puppy’s parents have no history of the condition. Although hereditary, the condition can be triggered by rapid weight gain or injury, like falling on a slippery floor. Hip dysplasia is degenerative and may require surgery in severe cases.

Legg-Calve-Perthes involves the degeneration of the hip joint and can lead to bone and joint inflammation. This condition is especially common among small breeds, and it can result in pain and lameness. Surgery followed by vigorous exercise may be required.

The average lifespan of the Miniature Bulldog is 9-13 years.

As with all mixed breeds, there is no one temperament for a Miniature Bulldog. He may retain any combination of characteristics from his parent breeds. However, the average Mini Bulldog is fun loving, friendly, and patient. He loves spending time with family, but he also enjoys napping and relaxing. He is dependable, gentle, and very loyal to his family. Although the Mini Bulldog can be playful when he is young, he typically becomes more mature with age.

An apartment is perfectly acceptable for a Miniature Bulldog, as long as he is walked daily and is able to enjoy active playtime with his family. His small size means that he may be able to meet his exercise requirements largely by playing and running throughout the house. He forms an extremely strong attachment to his family and does not like to be left alone for long periods of time. If he grows lonely or bored, he may chew and become destructive. It is also important to know that this breed slobbers and snores. On the plus side, the Miniature Bulldog rarely barks. He may not even bark if a stranger approaches, so he is not a good watch dog.

The Miniature Bulldog is excellent with children, other dogs, and smaller pets if he is properly socialized. At times, he may be wary of unfamiliar dogs, but he is not aggressive in most cases. Like all dogs, the Miniature Bulldog should still be socialized from a young age and be exposed to a variety of people, animals, dogs, and environments.

Most Mini Bulldogs are not particularly difficult to train. They can be willful or get bored at times, but they are intelligent enough to learn quickly. Be firm, clear, and consistent, and use positive reinforcement techniques like verbal praise, delicious treats, or extra playtime. He does not respond well to harsh conditions. Keep sessions short, varied, and upbeat to hold his attention, and you should find success in training your Miniature Bulldog.

The Mini Bulldog has a short, sleek coat that is known for its shiny and healthy appearance. He is a moderate shedder and should be brushed at least 2-3 times a week. Because they are a mixed breed, grooming needs can vary. Some Mini Bulldogs may need less brushing, while others may require daily brushing.

Bathe the Mini Bulldog only as necessary to avoid drying out his skin. Excessive bathing can damage his natural oils. Trim his nails as needed. Shorter nails are more comfortable for this breed, and you should not allow his nails to touch the floor. At the same time, be careful not to cut his nails all the way to the quick, as this can be painful. Check his ears regularly for signs of infection such as redness, tenderness, or odor. Smaller dog breeds are typically more prone to dental problems, so ensure that you brush his teeth at least 2-3 times weekly.

On average, the Miniature Bulldog should eat 1.5-2.5 cups of high-quality dry dog food daily. Select foods that are designed specifically for smaller dog breeds. Remember that the best type and amount of food for your individual dog will depend on variables like age, gender, weight, metabolism, and activity level.

Both the Pug and the Bulldog are prone to obesity, so monitor the Mini Bulldog’s eating habits and weight carefully. An overweight Mini Bulldog will be particularly prone to joint problems.

Be sure your dog has access to clean, fresh drinking water at all times.

Looking for a Miniature Bulldog?

Expect to pay an average of $1,200-$2,500 for a Miniature Bulldog. Prices will vary according to factors like gender, breeder location, and pedigree.

If you decide to adopt a Miniature Bulldog, plan to pay up to $175 in adoption fees.

Ranking takes into account a few basic factors including cost, skill level needed, high vs low maintenance and how critical regular training is to success. The Mini Bulldog ranks a 1. Be prepared to brush his coat often, and remember that he can grow willful or bored during training sessions. However, he is very healthy, typically gets along well with dogs, people, and other animals, and does not have extensive exercise requirements. He can live in an apartment and does not bark much or shed excessively.