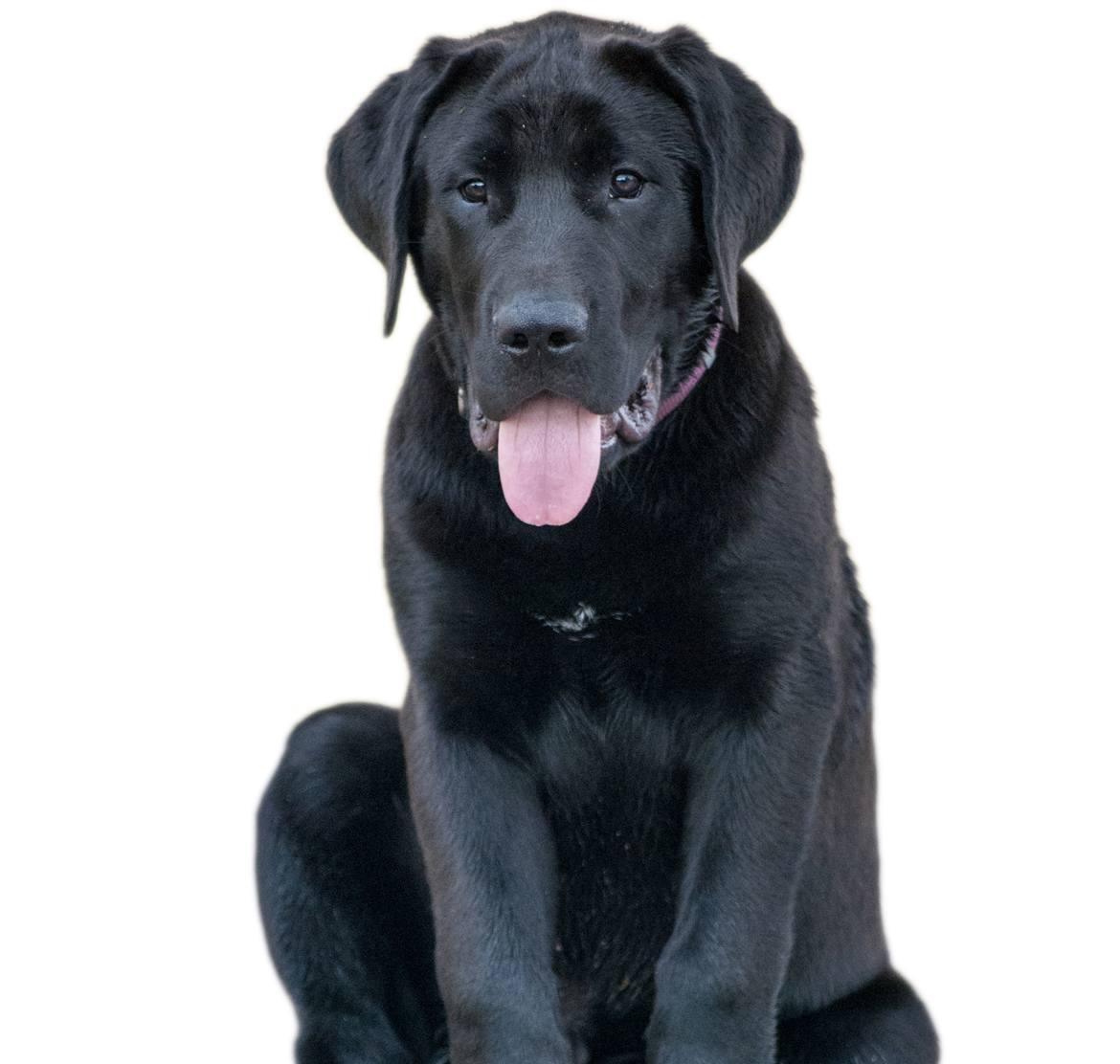 Average Life Span: 8-14 years
The Mastador is a cross between the Mastiff and the Labrador Retriever. Like all hybrid breeds, he is less prone to hereditary health conditions than his purebred counterparts, but he may still be affected by health problems common to either parent breed.

The Mastador may experience joint issues such as hip and elbow dysplasia. Both conditions are degenerative and are caused by malformed joints, which can lead to limping, pain, and discomfort. In more severe cases, arthritis or even lameness can result, and surgery may be required. Although it is hereditary, hip dysplasia can be triggered by rapid weight gain or injury. While your pup is still growing, pay close attention to him when he is running or jumping around.

One serious potential health problem for the massive Mastador is bloat, also to referred to as gastric torsion. Bloat occurs when the stomach fills with gas, fluid, or food, expanding dangerously and putting excess pressure on other organs. In some cases, the stomach flips, trapping blood in the stomach and preventing it from flowing to the heart and other vital areas. Bloat can be fatal, so rush your Mastador to the vet if you notice symptoms such as pale gums, lethargy, excessive drooling, failed attempts to vomit, or the telltale swollen stomach.

The average Mastador has a lifespan of 8-14 years.

The Mastador is a giant crossbreed who, like all crossbreeds, has a temperament that varies. He may inherit any combination of characteristics common to his parent breeds, the Mastiff and the Labrador Retriever. In general, however, the Mastador is a friendly, cheerful and loving dog who is also protective and versatile. He can participate in activities including guarding, jogging, hunting, drug detection, search and rescue, tracking, and agility.

Due to his enormous size, the Mastador should not live in an apartment. He is fairly active and should have opportunities to run, walk, play, swim, or jog daily. Activity is particularly important due to his size, because he can be prone to obesity and resulting health problems. Ensure that he is kept on a leash or within a secure fence outdoors so that he does not wander off. The fence must be rather high to prevent the Mastador from jumping over it. The Mastador needs plenty of companionship, and although he can be left alone for short periods of time, he may become destructive if left alone for too long.

For his size, the Mastador is surprisingly affectionate and sweet. He is generally very happy and makes a wonderful family companion. He is excellent with children, but be careful due to his size, as it is possible for him to easily knock over a small child while playing or roughhousing. It is also important to teach any children that are going to be around the dog proper behavior, such as respecting the dog’s space and especially his food. The Mastador generally gets along well with other animals and dogs, although proper socialization can help ensure this good behavior. The Mastador’s attitude toward strangers varies, because the Mastiff is rather reserved and aloof, while the Labrador is very friendly. Either way, the Mastador is an alert dog who can make an excellent watchdog. His size alone can be a deterrent to intruders, and he is protective of his family, so most Mastadors can be utilized as guard dogs as well.

Training a Mastador should not be an overly difficult task. He is very intelligent and wants to please his owner, but he does have a slight stubborn streak. Simply make it clear that you are the leader of the household, and be absolutely consistent in enforcing your rules and expectations. Use positive reinforcement by motivating your Mastador with favorite treats (in limited supply), extra playtime, and verbal praise.

The Mastador generally has a short, shiny, smooth coat that will shed low to moderate amounts of hair. Brush his coat at least once weekly to keep shedding under control and to maintain the coat’s shiny appearance.

Bathe the Mastador as needed. This may be a tricky endeavor due to his gigantic size, so it may be best to leave the bathing to a professional groomer. Trim his nails as needed, and check his ears weekly for signs of infection such as redness, tenderness, and odor. Brush his teeth at least 2-3 times each week to prevent bad breath and maintain good overall health.

The average Mastador should consume 4.5 to 6 cups of high quality dry dog food daily, ideally split into at least two smaller meals. The best type and amount of food for your individual dog will depend on factors such as weight, metabolism, activity level, age, and build. Consult with your vet to find the right fit.

Since the Mastador is prone to obesity, monitor his intake of food and treats, and cut back if you notice weight gain.

Ensure that your Mastador has access to clean, fresh drinking water at all times.

Looking for a Mastador?

The average price of a Mastador puppy ranges from $900 to $2,000 and may depend on factors such as breeder location and reputation, gender, and lineage.

If you adopt a Mastador, expect adoption fees to cost around $150 – $300, depending on your location.

Ranking takes into account a few basic factors including cost, skill level needed, high vs low maintenance and how critical regular training is to success. The Mastador ranks a 3. He is surprisingly affectionate for his size and gets along well with most people and pets, and training him is not overly difficult, despite a slight stubborn streak. However, he does need plenty of activity and companionship, and his size alone can make bathing and grooming a difficult task. He sheds and is prone to obesity.