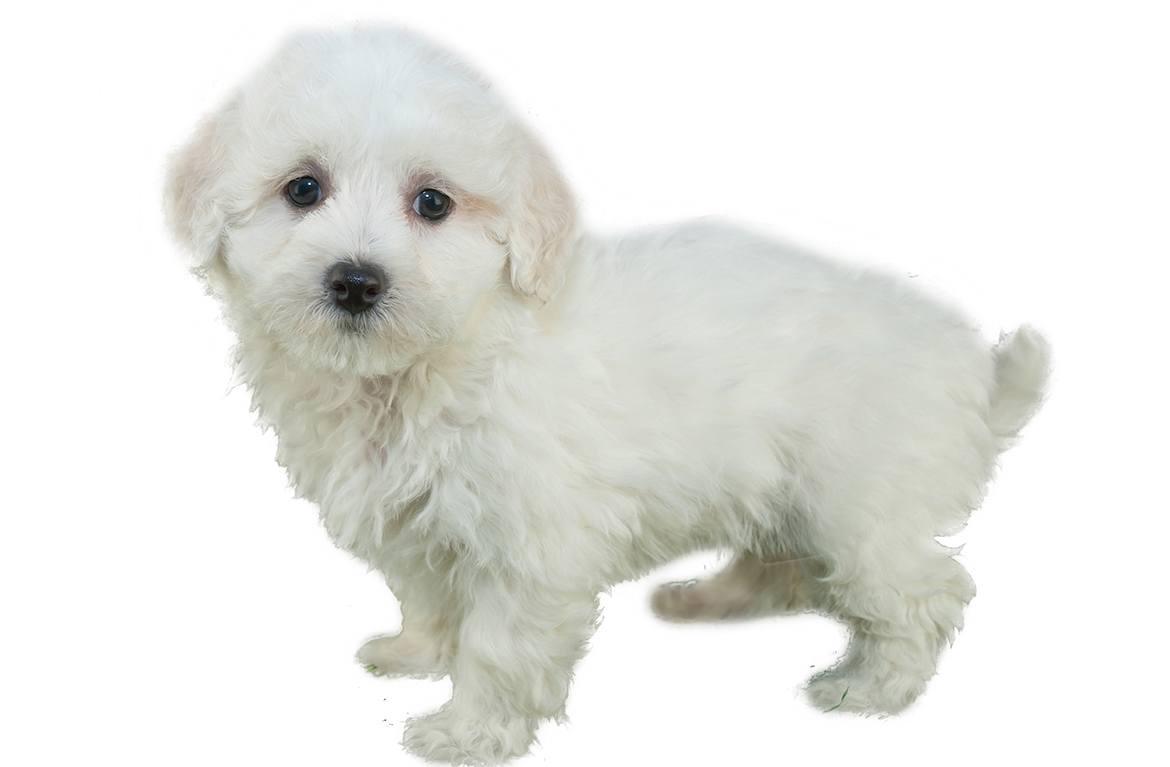 Average Life Span: 10-13 years
The Maltipoo, a combination between a Poodle and a Maltese, comes in two sizes. The variations use either a Toy or Miniature Poodle as one of the parent breeds. Also known as a Malt-a-Poo, these crossbreeds are some of the healthier crossbreeds, but there are still a few inherited health concerns that pet owners should watch for.

One of the main concerns is White Shaker Syndrome.

Prevalent because of the Maltese genetics, this condition has an unknown cause that results in full-body tremors in small dog breeds. It has an early onset of 1-2 years old, but it can be managed with vet-prescribed medications to strengthen the immune system and relax the muscles. This is a lifelong condition that requires a lifetime of medication.

Other health concerns that your Maltipoo may encounter in their lifetime include epilepsy, patellar luxation, and the occasional allergies. Most of these health issues are detectable early on. You should take your Maltipoo to a vet for a check-up every 6 months. Your vet will be able to keep a record of your Maltipoo’s health to check for any problematic patterns. The Maltipoo lives a generally long lifespan between 10 to 13 years, on average.

The Maltipoo is a complex pup with diverse emotions. For instance, she is an affectionate, sweet crossbreed who would do anything for her loved ones. However, it takes a while for her to bond with new people, like new owners, so she may shy away from you until she feels comfortable enough to accept attention and love. On the other hand she can be feisty, playful, and very energetic, but she needs constant attention or she becomes depressed and anxious. These pups have bad cases of separation anxieties, which makes many owners invest in a second dog to keep the first one company.

Maltipoos are barkers and alert night-time watchdogs. These pups are light sleepers, and they are protective of their loved ones, so you will be sure to know if anyone suspicious steps foot on your property. Think of your Maltipoo as an effective, moderately-loud burglar alarm.

He is great with other dogs and children, especially ones he has grown up with, but early socialization is still important. Teach any kids, that will be around the Maltipoo, particularly small children, how to be careful, gentle, and respectful when playing with your Maltipoo. His pint-sized stature makes him sensitive and prone to injuries, so roughhousing is out of the question.

For exercise, a Maltipoo is as happy with a 30-minute walk as he is with a 30-minute romp in the dog park. He loves spending time with others, so playing, running and exploring are things that he loves to do during his exercise times.

Well-bred Maltipoos are eager-to-please and simple to train. He loves being rewarded and praised, so keep a little stockpile of bite-sized, meaty treats ready to reward him for good behavior. You may have to repeat your instructions a few times, but most Maltipoos will pick up on commands in just a few days. If your Maltipoo proves to be a bit stubborn, be consistent and patient. He will eventually comply with your commands, but never lose your cool. Harshness could have a detrimental effect on his psyche and overall sweet nature.

Low-shedders and mostly hypoallergenic, the Maltipoo commonly boasts a curly, short coat that needs daily brushing to detangle kinks. Bathe him every 4-6 weeks with a gentle dog shampoo. Be aware of his ears as well, as the hair around them could drag in infection-causing dirt and bacteria. Clean his ears once a week to keep risk of infection at a minimum.

Feed your Maltipoo a nutritious breakfast and dinner with 1 cup of dry, high-quality kibble for each meal. Keep plenty of water ready nearby to keep him hydrated, particularly in the summertime. You should also make sure his treats are bite-sized, as large treats could be a choking hazard since these pups often scarf down their rewards.

Looking for a Maltipoo?

Unfortunately, the Maltipoo breed is one that takes the forefront of most puppy mills. So, it is important that you invest in a reputable, reliable breeder. Those crossbreeds that have been bred in harsh conditions usually have lifelong health and temper issues. It is noble of you to adopt a pup who has been bred in such an environment, but these kinds of Maltipoos are best-suited for singles who are determined and patient. These sorts of Maltipoos would not do well in a home with other dogs or children, as they are commonly snippy, hard-headed, and unpredictable.

If you choose to adopt a Maltipoo, check your local animal shelters or nearby rescue groups for dogs. These places are supposed to have back-up records of previous conditions and health histories, so it will be simple to pick out the Maltipoo that best fits your life. Adoption fees vary based on state and county regulations, but these costs generally hover between $75 to $250.

Before you choose a breeder, make sure the breeder is reliable, reputable, compassionate, and kind. Some breeders are scummy, only caring about the money instead of the well-being of their pups. Be careful when you choose a breeder. Maltipoo puppies range from as low as $450 to as high as $3000, depending on the in-demand status at the time of purchase.

You should also factor in the overall costs of nutritious dog food, vaccinations, deworming treatments, spay or neuter services, flea treatments, regular vet visits, food bowls, and a collar. There are other accessories and necessities that you should look into when choosing a Maltipoo for your companion as well. You may even choose to snag pet insurance for your Maltipoo, in which case expect to shell out between $435 to $550 extra.

Ranking takes into account a few basic factors including cost, skill level needed, high vs low maintenance and how critical regular training is to success. The Maltipoo is a 1.5 on the integration scale, generally. Well-bred pups come from reliable breeders. So, if you adopt an abandoned or previously abused Maltipoo, it could make integration more difficult. Be sure to check the previous records of any pup before you bring them into your home. Overall, the Maltipoo is a sweet, affectionate, good choice as a longtime pet companion.