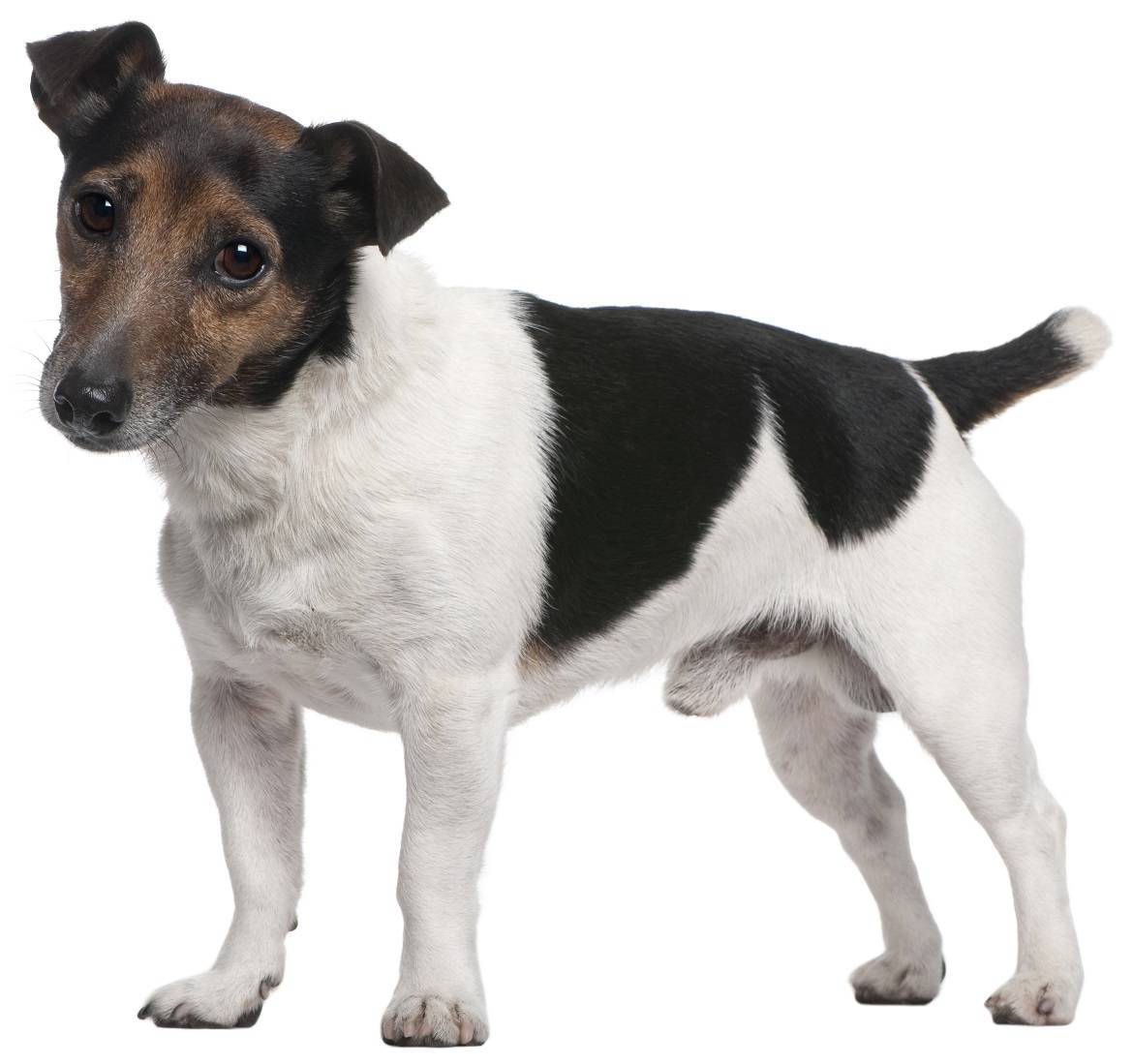 The Jack Russell Terrier is a hard-as-nails working dog in a small package. Bright, clever and athletic, nothing escapes him. Their energy is beyond belief and their high prey drive, bold tenacity, determination and intensity make them one of the most challenging of breeds. Jack Russells make good watchdogs, ready to sound the alarm at the slightest suspicious activity.

These dogs need a massive amount of time to keep them from driving you nuts. Jack Russells have to be part of the family, but few families are ready for what they bring to the table. Over an hour a day of vigorous exercise and tons of mental stimulation are necessary to keep your property and sanity intact. Novice dog owners need not apply, and anyone with a sedate, sedentary or relaxed lifestyle is unsuitable. A large yard is recommended to give him space to run off steam, but should be impossible to jump, climb, or dig out of. Apartment or condo life will not work, nor will anyone that is not home much of the time. Too little exercise, companionship and mental stimulation will result in a path of destruction of jaw-dropping proportions. Despite their small size, a Jack Russell can make a fine jogging partner, given time to mature and proper socialization and training. A Jack Russell should never be taken off leash; they will be off like a shot after the nearest critter. Living with cats and any small animal is unwise; this breed is a serious hunter and will chase anything that moves with murderous intent.

Typically amiable with strangers, the Jack Russell is not always sociable with other dogs. Some are appropriate so long as the other dog is, but many are aggressive, willing to take on a Rottweiler if they don’t like the cut of their jib. Aggression is usually worse toward dogs of the same sex. A highly secure yard is mandatory as Jack Russells are skilled escape artists; they can jump over 5 feet, actually climb many surfaces, and tunnel their way out. Underground fencing should not be used to contain a Jack Russell; a moment of discomfort pales at the excitement of chasing after a squirrel, cat or dog. At large, their safety is at risk as their fearless nature can put him in harm’s way. Jack Russells love to bark as they go about their missions or rocket through the house. Their entertaining antics tickle their devoted fans but reduce most to tears. Either you keep a Jack Russell busy and entertained or they will find their own fun, and it will probably not please you. Their motto is “Go Big or Go Home”. Jack Russells were never meant to be pets; they were developed strictly for their tenacious hunting prowess. Trying to suppress these hardwired behaviors without providing other outlets for them will leave you and your dog frustrated and miserable.

Jack Russells are highly intelligent, which leads many to assume they are easy to train. Actually, they require a high degree of skill to handle and train. Impeccable timing, finesse and the ability to remain calm are needed. They are physically so fast that they can be off in four different directions before you have a chance to reward the behavior you liked. Their quick minds pick up on things you didn’t even realize you were doing. They can learn the wrong things very quickly. If you have the skills to train a Jack, you can achieve anything they are physically capable of doing. Their heart and work ethic are beyond compare, which is why they are popular with serious competitors and TV and film trainers; they can work all day and still be ready for more. Positive reinforcement methods are the best way to get the most from a Jack Russell; forceful, rough handling will only result in rough behavior from the dog.

There are three coat types in the Jack Russell, smooth, broken and rough; they are all double coats, with a soft, dense undercoat topped by an outer coat. The smooth coat has a short, straight outer coat that sheds nonstop. The broken coat is a more wiry texture with very slight eyebrows and beard. The rough coat is also wiry in texture, but longer than the broken. All three varieties shed a considerable amount, but the smooth sheds the most. Weekly brushing with a soft slicker brush will keep the coat clean and help pick up any dead coat. The broken and rough coats will need to be hand stripped twice a year to look their best. Baths may be done occasionally, but are seldom needed. Twice a year, in spring and fall, the coat will “blow”, and all of the old coat will be shed. Brushing during these times can be daily to keep up with hair shed.

Toenails should be trimmed; even if your Jack Russell wears down their nails, you will want to maintain the ability to handle their feet to make nail trimming easier as the dog ages and wear slows down. Ears should be cleaned and teeth must also be checked and cleaned regularly.

The amount of food your Jack Russell will need can vary depending on age, activity level, and type of food fed; on average, they will eat about 1 1/4 -1 3/4 cups of food per day, which should be fed in two meals. A constant supply of fresh, clean water must always be available.

Looking for a Jack Russell Terrier?

Prices for Jack Russells range between $400-$600 to $1,000. Because many people acquire a Jack Russell without knowing what they’re actually like to live with, many breed rescues have dogs available that need a home; adoption fees vary widely, but are generally in the $200-$500 range.

Ranking takes into account a few basic factors such as cost, skill level needed, high vs. low maintenance, and how critical regular training is to success.

The Jack Russell rates a 3; they are high-end working dogs in every sense and require knowledge and skill to live with.