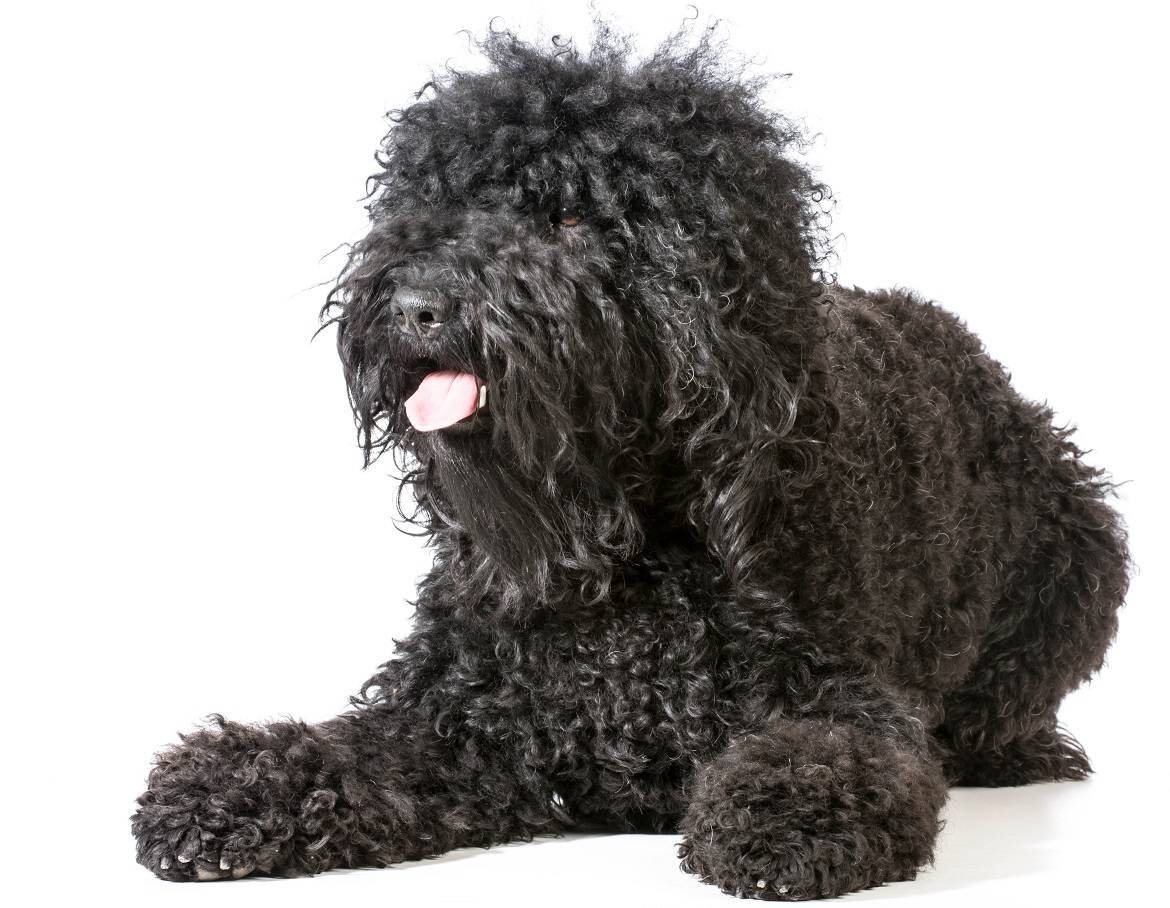 Hip dysplasia is a possibility for the Barbet, and it occurs when a malformed hip joint leads to the thighbone fitting incorrectly in place. This leads to discomfort, pain, and limping. In more severe cases, arthritis or even lameness can result, and surgery may be required to treat the condition permanently. Dogs with hip dysplasia should not breed, so ensure that your prospective pup’s parents have no history of the condition. Although it is hereditary, hip dysplasia can also be triggered by excessive weight gain or injury, such as falling on a slippery floor or landing improperly after jumping.

Eye issues such as cataracts and entropion may impact some Barbets. Entropion refers to the inward folding of the eyelid, often causing irritation or injury to the cornea. Inflammation and excess tearing may occur, as well as discharge in some cases. Entropion can lead to decreased or even lost vision. Treatment can include antibiotics and eye drops, but surgery is often necessary.

Some Barbets may also experience ear infections and epilepsy.

The average lifespan for the Barbet is 13-15 years.

The Barbet is a friendly, happy, and fun-loving breed. He is intelligent and athletic. Originally bred to retrieve waterfowl, he has unique webbed feet designed for this purpose and loves to swim.

The ideal home for a Barbet would come equipped with a large, securely fenced yard, but he can live in an apartment if his owner can commit to vigorous daily exercise and time outdoors each day. The playful, energetic Barbet needs at least one long, brisk walk daily as well as a minimum of thirty minutes to run and play outdoors. Swimming is a favorite activity for this breed. The Barbet needs both physical and mental stimulation to prevent boredom and potentially destructive behavior. Stimulate his mind with training, puzzle toys, and plenty of human interaction. The Barbet bonds very closely with his family and wants to be highly involved in any and all family activities. He is likely to follow his family members from room to room like a shadow and does not do well if left alone for long periods of time.

The Barbet is excellent with children and typically gets along well with other dogs. He has a strong prey drive and is likely to chase smaller animals, although there is a possibility he can do well with cats if raised with them. He is typically friendly with strangers. He is not a noisy dog but he can be a good watchdog, because he will initially bark when an unfamiliar person approaches.

The Barbet is a sensitive dog who will become stressed and unhappy in a home with tension or yelling. He loves his family and becomes upset if he senses that his people are not getting along. He can be a bit messy because his coat tracks dirt and debris, and water is easily trapped in his beard.

Training a Barbet is generally not a difficult endeavor. He is very intelligent and typically obedient. He learns new skills quickly and may get bored. As a result, keep training sessions varied and challenging. Use positive reinforcement such as extra playtime, favorite treats, and encouraging praise. Training is needed to prevent the Barbet from developing bad habits such as excessive barking and destructive chewing.

The Barbet’s long, waterproof coat requires daily brushing and combing to prevent mats from forming in its curls. The Barbet may also shed “tumbleweeds” of hair if he is not brushed frequently enough. Dirt and debris tends to get caught in his coat, so brushing him after trips outside may be a good idea. On the positive side, the Barbet sheds very little and is typically a good choice for dog lovers with allergies.

Bathe the Barbet as needed, but be sure to keep his ears clean and dry, as he is prone to ear infections. Trim his nails regularly to prevent overgrowth and cracking. Check his ears weekly for signs of infection such as redness, tenderness, and odor. It may also be a good idea to clean his ears with a veterinarian recommended cleanser. Brush his teeth at least 2-3 times each week to maintain overall good health and prevent bad breath.

On average, the Barbet should consume 2-3 cups of high-quality dry dog food each day. His food should be split into at least two smaller meals. The ideal type and amount of food for your individual Barbet will vary according to factors such as his age, weight, build, metabolism, and activity level.

Ensure that your Barbet has access to clean, fresh drinking water at all times.

Looking for a Barbet?

The Barbet is an extremely rare breed, with less than five litters born in the United States annually. Expect to spend an average of $2,000 on a Barbet puppy, likely after some time spent on a waiting list.

Although finding a Barbet for adoption is unlikely, expect to spend up to $175 in adoption fees if you manage to track down this elusive breed.

Ranking takes into account a few basic factors including cost, skill level needed, high vs low maintenance and how critical regular training is to success. The Barbet ranks a 2. He is a very healthy dog who can get along well with most people and pets, although he does have a strong prey drive. He is not noisy, but he can be a bit messy, and he does not do well if left alone for long periods of time. His curly coat requires frequent brushing, although he sheds very little and is somewhat hypoallergenic. The Barbet is also a rare breed who will likely be difficult to find.