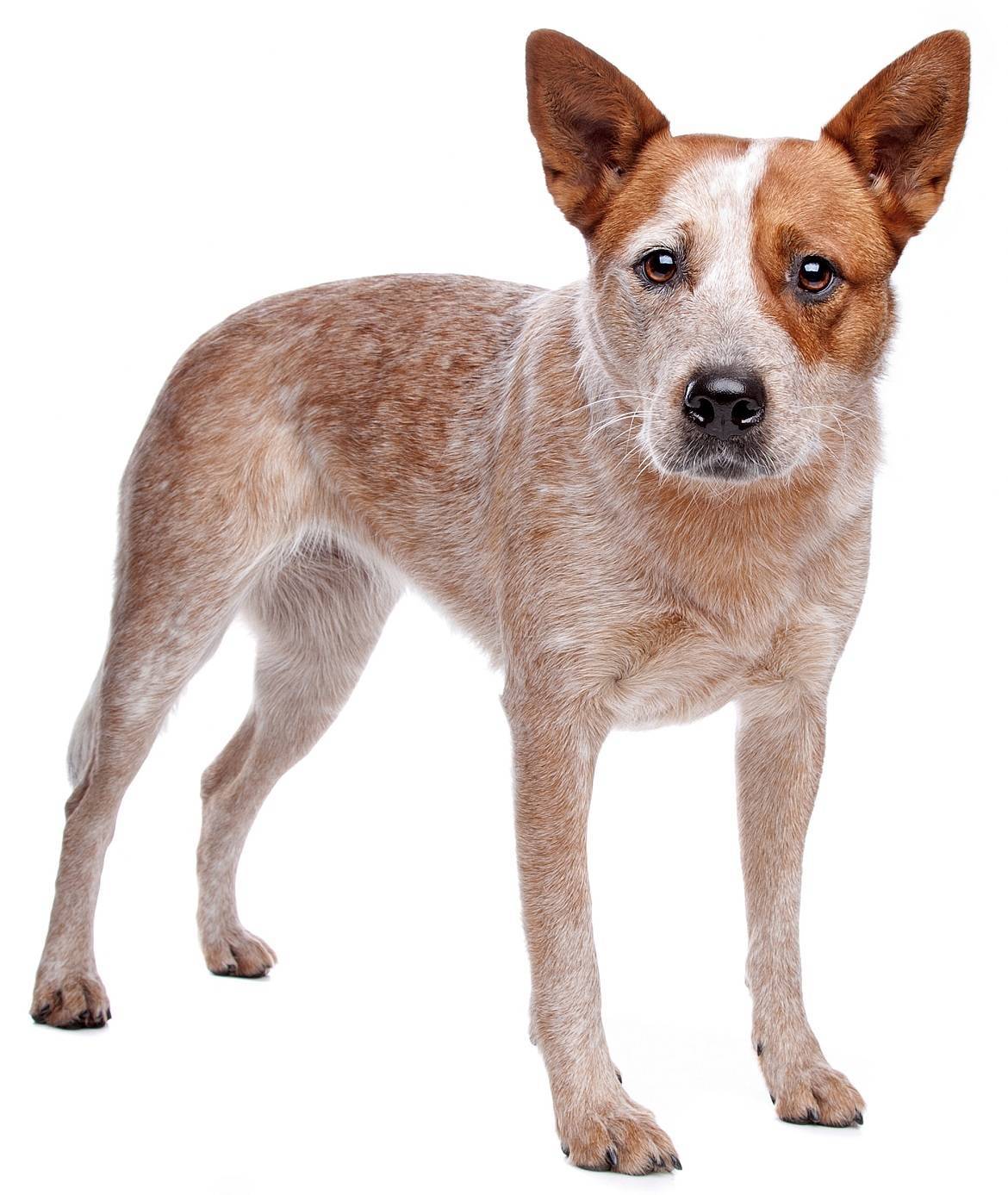 The Australian Cattle Dog (ACD for short) was developed for a tough job; working cattle over long distances in the high temperatures and rough terrain of the Australian outback. This challenging job proved too much for the working dogs imported from England. So local ranchers set out to create their own cattle dog, and the breed was eventually born, a mix of hardy local dogs and the Dingo. Bold, athletic, vigorous and tough as nails, the ACD is not the dog for everyone; he is an intense working dog that makes his living using his mouth to get what he wants (move cow, MOVE). With very high exercise and stimulation needs, the ACD simply has to have a job; this is not the dog for you unless you have some experience in dogs and want to train and work your dog, almost to the exclusion of everything else. He will not be content to patiently wait for you to come home from work only to sit and watch TV; you will likely come home to a deconstructed house! His immense drive and energy must be directed, whether in working stock, running agility, or jogging. Timid and soft people are likely to be completely overwhelmed by an ACD. They are not suitable for apartments, condos, or those with small yards.

While affectionate with family, the ACD is typically watchful with strangers and naturally protective; he makes a good watchdog. Cattle Dogs are often aggressive with other dogs, especially those of the same sex; this is not the breed for you if visiting dog parks is on your list of “wants”. He will do best as an only pet since his high prey drive makes it likely he will relentlessly chase cats; he may do OK with a cat he’s been raised with, but any others will be considered fair game, and he’s likely to kill them. ACD’s often are one-person dogs, forming an especially close bond with one person in the family, though his affection and loyalty will be expressed to the entire family. He does not take kindly to being separated from his person for long periods. Cattle dogs are often good with children when raised with them, but an adult dog that’s never been exposed to children can have a hard time adapting. Playing children often trigger their strong heeling instincts, which are expressed by chasing, and biting, so older kids are usually preferred. Just as your dog will need careful socialization to learn appropriate behavior around children, your children must be taught how to properly interact with your ACD. Never allow children to sit on, attempt to ride or pull ears, etc. Children should be taught how to recognize when a dog needs a break and give them space. A secure yard is mandatory, as these intelligent, busy worker bees can escape and an ACD at large often makes poor choices that get him in trouble, like chasing cars, joggers and cyclists.

An ACD will need early and continued socialization to balance his tendency to be suspicious of strangers. This breed is a challenging combination for many; intelligent, independent (used to doing things his way) and not particularly sensitive, he requires absolute consistency, clear boundaries and calm insistence that things be done your way. A heavy-handed approach is not necessary, and if used will likely illustrate why they are sometimes referred to as “hard headed”. Positive reinforcement methods will create a dog willing to go the end of the earth for you. Whatever activities you engage in, an essential part of life with your ACD is finding ways to use his substantial intelligence, challenge him and allow him to learn new things.

Cattle dogs have a weather resistant double coat; a short straight outer coat tops their soft undercoat. Weekly brushing will keep the skin and coat healthy. Although they typically don’t shed a great deal during the year, when their coat “blows” once or twice a year, it will shed at an alarming rate, coming off the dog in clumps. During these times daily brushing is your only defense against having everything covered in hair. Since dirt easily falls off the Cattle Dog’s coat, baths are only needed occasionally.

Ears should be kept clean and dry. Toenails should be trimmed; even if your Cattle Dog wears their nails down, you will want to maintain the ability to handle their feet, especially useful as they age, when wear to the nails typically slows down. Teeth must also be checked and cleaned regularly.

The amount of food a Cattle Dog will require can vary depending on age, activity level, and type of food fed; average feeding amounts will be 1 ½ – 2 ½ cups per day, fed in two meals per day, and a high quality food is recommended. Free feeding should be avoided, as some Cattle Dogs are prone to becoming overweight, and this puts the dog at risk of many health problems. A portion of your Cattle Dog’s daily food can be used when training to avoid overfeeding. A constant supply of fresh, clean water must always be available.

Looking for an Australian Cattle Dog?

As is the case with many popular breeds, prices for Cattle Dogs vary widely, averaging $600-$1,500, but often going up to as high as $2,500. Breed rescue organizations are another option, where lovely dogs needing a home can be found; adoption fees vary widely, but are generally in the $200-$500 range. Whether you acquire a dog from a breeder or rescue, do your homework to be assured that the temperaments of the dogs are tested and sound. Ongoing expenditures include the typical supplies, food, and regular vet visits.

Ranking takes into account a few basic factors such as cost, skill level needed, high vs. low maintenance, and how critical regular training is to success. The Cattle Dog rates a 4; these challenging dogs require an experienced hand due to their strong sense of independence, and desire to think for themselves.