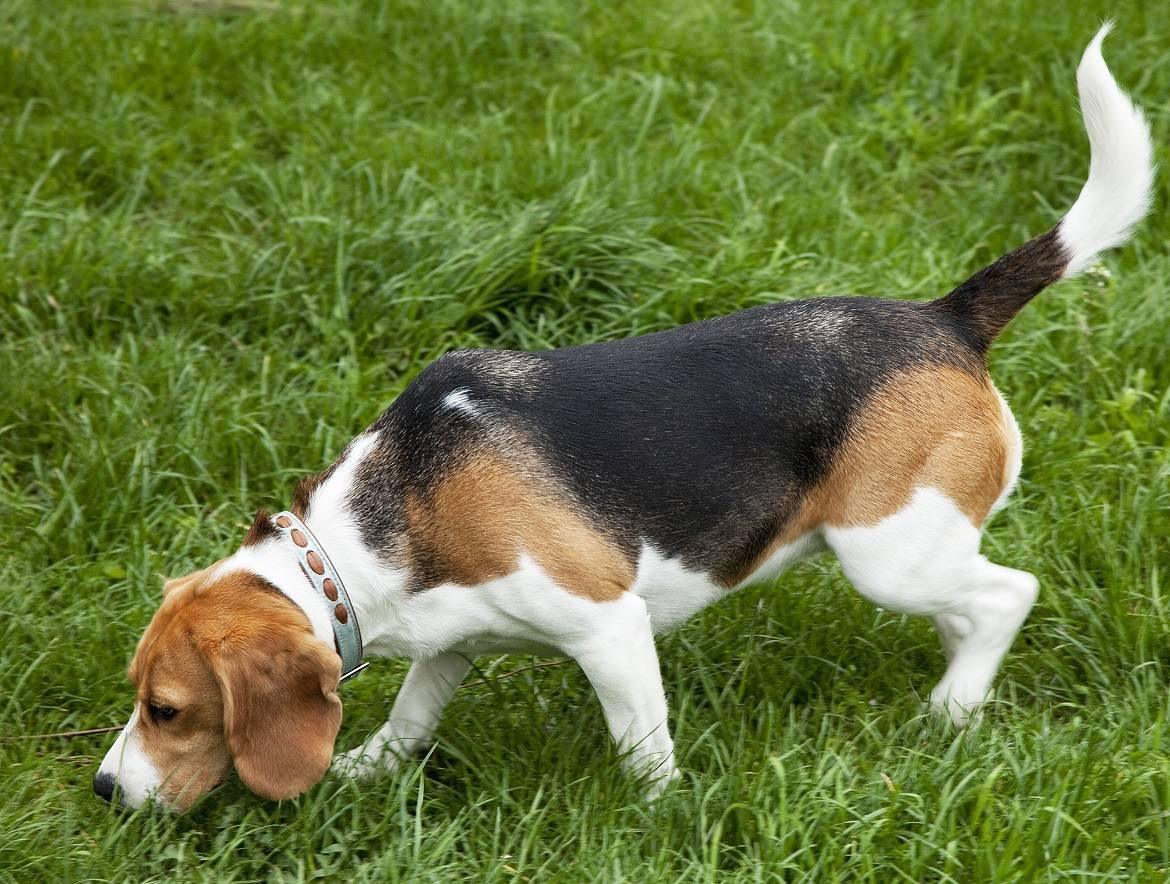 Average Life Span: 12-13 years
The American Foxhound is an extremely healthy breed that is not considered prone to hereditary conditions.

On rare occasions, American Foxhounds have been known to experience hip dysplasia, a condition in which the thighbone does not fit properly into the malformed hip joint. Hip dysplasia can lead to limping, pain, arthritis and, in severe cases, lameness. Dogs with hip dysplasia should not breed. Although this condition can be hereditary, it can also be triggered by rapid weight gain and injury.

Some American Foxhounds have also suffered from Thrombocytopathy, although this is a rare occurrence as well. Thrombocytopathy is a blood disorder in which defective platelets result in prolonged, excessive bleeding even from minor injuries. If your dog loses too much blood, he can become anemic. Signs of anemia include pale gums and exhaustion. In general, it is best to take your dog to the veterinarian if you notice bleeding with no apparent injury. Treatment varies depending on the severity of the disorder.

Due to their long, droopy ears, American Foxhounds may acquire ear infections. The long ears sometimes trap moisture, creating an ideal environment for infection-causing bacteria. Check ears for signs of infection weekly, and do your best to keep them dry.

Overall, the American Foxhound is a hardy, healthy breed with an average lifespan of 12-13 years.

American Foxhounds are sweet, loyal, and relatively easy-going. At the same time, they are independent and can be willful and headstrong. Like all hounds, they are not quiet dogs and tend to bark, bay, and howl loudly and often. They are athletic and highly active.

Exercise is one of the key considerations for an American Foxhound owner. Ideally, the American Foxhound should have at least two hours of exercise daily, and he should be able to run every day. If he is not adequately exercised, he will become destructive and depressed. He has excellent stamina and loves to run, so he can be a good fit for an athletic owner who is willing to take him on long runs. He should not live in an apartment and needs a house with a yard, or even a home situated on several acres. The yard should be securely fenced; the American Foxhound is likely to wander off and will certainly pursue any interesting scent he picks up. If outdoors in an open space, your dog should be kept on a leash at all times to prevent this behavior. Do not leave your American Foxhound alone for long periods of time. Not only will he become destructive, but he will also be extremely loud. This loud barking and howling makes country life the best fit for an American Foxhound. Otherwise, be prepared for neighborly complaints.

The American Foxhound is friendly and gets along well with children and other dogs. He can even coexist with cats if introduced at an early age. Smaller animals should be kept away from the American Foxhound, as he does have a very strong prey drive. On occasion, this breed can get aggressive with strangers or become cautious and nervous. Early socialization and exposure to unfamiliar people can help alleviate this behavior. Originally bred to hunt in packs, the American Foxhound likes to have other dogs as companions. However, this is not required, as long as he is adequately exercised and has plenty of opportunities to bond with his human family.

American Foxhounds are low maintenance dogs when it comes to grooming. They have short, hard coats that shed minimally and need to be brushed once weekly with a soft bristle brush or hound glove.

Bathe your dog as needed, particularly if he gets dirty or develops a “houndy” odor. Brush his teeth at least three times weekly to maintain healthy gums and prevent bad breath. Trim your American Foxhound’s nails as needed to prevent cracking.

Remember to check his long ears weekly for signs of infection such as tenderness, redness, and odor. Be sure that there is not excessive buildup of wax, dirt, or debris. Dry his ears after bath time and any time they get wet to prevent trapped moisture, which can lead to infection-causing bacteria.

On average, the American Foxhound should consume 2-3 cups of high quality dry dog food each day. The best amount and type of food for your individual dog depends on variables like age, weight, metabolism, and activity level. Keep in mind that American Foxhounds gain weight easily, so be sure that you are not overfeeding your dog. Monitor his weight to ensure that he does not become obese.

Make sure that clean, fresh drinking water is readily available for your dog at all times.

Looking for an American Foxhound?

The average price range for an American Foxhound puppy is $400-600. Cost varies depending on breeder location, gender, pedigree, and other factors.

If you would prefer to adopt an American Foxhound, expect to spend about $175 on adoption fees.

Ranking takes into account a few basic factors including cost, skill level needed, high vs low maintenance and how critical regular training is to success. The American Foxhound ranks a 3. On the plus side, he is very healthy, has an easy-care coat, and can get along well with children, other dogs, and even cats. However, he is extremely loud and is best suited for the country. His owner must be able to commit to providing a great deal of exercise each day, and patience and persistence is required when training this stubborn, independent breed.