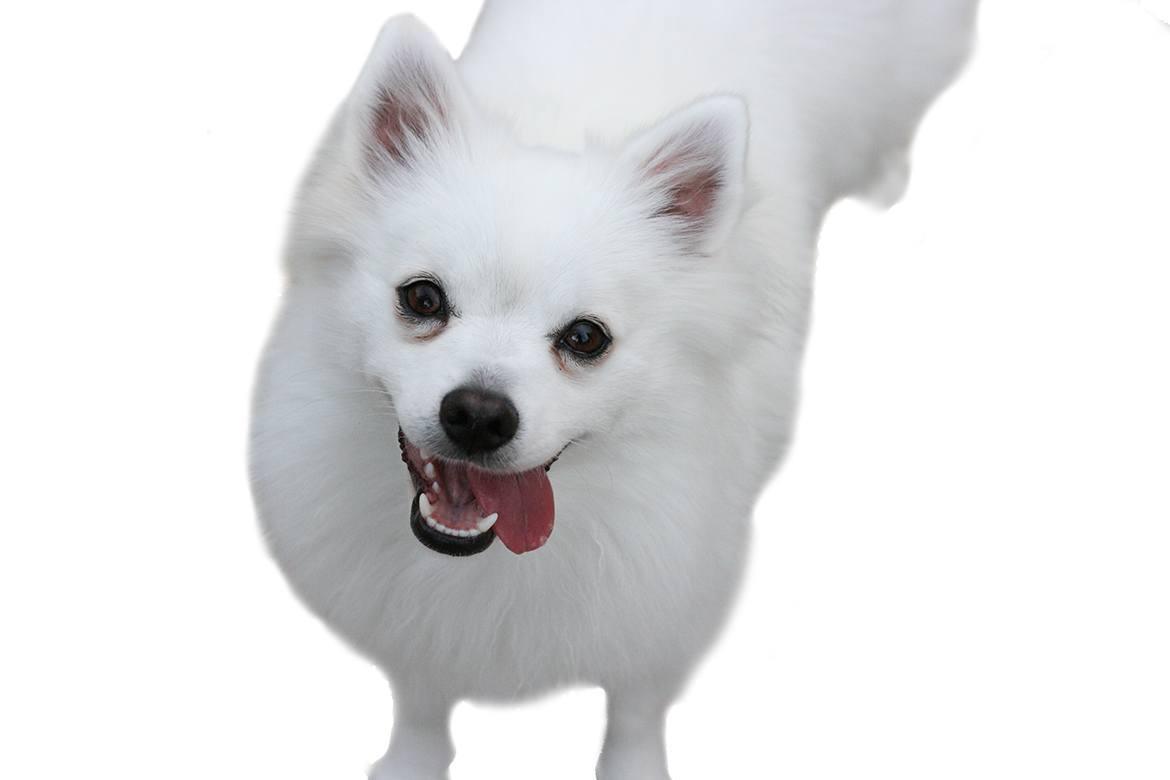 Average Life Span: 12-14 years
Shaggy and medium-sized, the American Eskimo Dog are generally healthy purebreds with a few inherited health conditions. Most of these health issues are minor and manageable, but there are one or two complex health problems that could be life-threatening if left untreated. And, of course, the American Eskimo Dog is susceptible to the same diseases and health ailments that any dog would be, regardless of breed. Some of the any-dog health problems include parvo, heartworms, and some types of cancer, such as bone and bladder.

To keep your American Eskimo Dog healthy and happy, take her to the vet twice a year for a routine examination and check-up.

This condition, similar to human diabetes, can be caused by either a hereditary trait or severe obesity. Symptoms include extreme fluctuations in weight in either direction, lethargy, fatigue, loss of appetite, exercise intolerance, and excessive thirst. Insulin shots are usually required daily, for a lifetime, to manage this condition.

This condition, a birth defect, is caused by the dislocation of the knee cap from a groove in the thigh bone. Of course, this ailment requires surgery to correct. If left untreated, this condition could cause painful arthritis and cartilage deterioration.

The American Eskimo Dog is usually a mirror of their pet owner. If an owner is negative, then you can expect the same from the pup. If an owner is positive, kind, and friendly, the same applies for their purebred. In other words, your aim is for an affectionate, protective, loyal, and playful American Eskimo Dog. So, you should display those same qualities during training sessions. Be positive, patient, and kind. Lead by examples. Use your natural position as alpha of the pack to establish a friendship and bond with your American Eskimo Dog. In a matter of weeks, she will be apt to comply graciously with your commands.

For exercise, the American Eskimo Dog needs plenty of room to romp and play. She loves children and other dogs (most of the time), but she will never back down from a challenge. Teach your kids how to play gently and respectfully with your purebred. And teach your American Eskimo Dog acceptance and tolerance of others, from an early age. Fenced-in backyards and dog parks are great places for a good time. But she could use a few indoor toys and walks around the neighborhood on cold or rainy days.

Most American Eskimo Dogs are low shedders until the summer months, then they become moderate to heavy shedders. In summer, these pups need to be brushed and combed once per day. Run the comb through first to untangle any knots. Then guide the brush through to grab excess hairs. This should also be your grooming routine outside of the summer months, but only 2-3 times per week.

Bathe your American Eskimo Dog once a month. Some pet owners can wait to bathe their purebreds once every two months, but it really depends on how stinky and dirty your pup becomes in the span of those 30 to 60 days. Try to avoid bathing your American Eskimo Dog more than twice per month since their coat boasts natural oils to protect their skin. Too many baths can strip these oils, making it easier for bacteria to infect your pup’s skin.

Other basic needs for the American Eskimo Dog include brushing his teeth daily, trimming his hair every 6-8 weeks, clipping his toenails every 2-3 weeks, and cleaning his ears once a week. For the last task, use warm water and a cotton swab to clean the outer rims of each ear. Never stick anything into your dog’s ear canals.

American Eskimo Dogs could easily become chronic overeaters, which leads to obesity and related health conditions. Keep their weight and health in a good range by feeding your pup on a timely meal schedule. Divide 2 to 3 cups of dry, good-quality kibble into 2-3 meals. Keep in mind that this is merely a guideline. For a more accurate take on the nutritional needs of your American Eskimo Dogs, ask your vet to recommend a hearty, wholesome dog food.

Looking for an American Eskimo Dog?

Due to their feisty nature, the American Eskimo Dog is in high demand and abundant in the breeder world. Nicknamed Eskies, these puppies range from $600 to $1200 from a reputable, reliable breeder. But many breeders have registered their American Eskimo Dogs with the AKC, which could drive puppy prices up to $2000.

While the American Eskimo Dog is quite an expense from a breeder, the abandoned pups are a different story altogether. Check your local animal shelter or rescue group for an adoptable American Eskimo Dog. While these pups will be older, their adoption fees will be the ballpark of $250 to $500, depending on state, county, vaccinations, and health history.

If at all possible, strive to adopt an American Eskimo Dog before you seek out a breeder. Some breeders use these puppies as highlights in their puppy mills, leaving many of the older American Eskimo Dogs left behind. By opting to adopt, you could be giving a lonely pup the opportunity to live a happier life in a forever home.

Ranking takes into account a few basic factors including cost, skill level needed, high vs low maintenance and how critical regular training is to success. American Eskimo Dogs are some of the most intelligent purebreds, but that could also make them some of the most challenging to train. For this reason, these pups get a 2 on the integration scale. While these dogs make great family pets, they need a bit of extra time during socialization and training sessions. Each one has a stubborn and independence streak, so have patience and be determined in your positive training methods. Eventually, your American Eskimo Dog will turn out well-behaved, well-trained, and loyal.